Since Kody and Meri Brown established their relationship as a dead end, the first wife has been separated from the rest of the Sister Wives family. Recently Meri Brown went to Instagram to share yet another cryptic quote to make fans believe it will soon be officially over between Kody and Meri Brown.

According to another recent cryptic quote from Meri, if someone responds to your story with understanding and empathy, there is no place for shame. From what we saw on the show, Meri told her side of the story a lot of times in front of Kody Brown and the other wives. However, no one seems to understand it or show any empathy.

Is Meri Brown referring to the lack of understanding between her and her polygamous family? It seems that way. After all, she is Meri Brown. Don’t you think alternative meanings hidden in your cryptic posts are now your specialty? Why wouldn’t they be? After all, the reality TV star has expressed her own thoughts on several occasions. But somehow, neither her husband nor her fellow wives seem to pay any attention to them.

Since Meri and Kody Brown’s relationship ended in a reef, she has published cryptic quotes on her social media. It’s not hard to determine who she might be referring to all these months. According to the last meeting between Kody, Meri and their therapist, she said that their relationship is dead and over. In other words, the Brown family patriarch said he didn’t know Meri well before they tied the knot.

Although they tried online counseling for a while, it seems to have had little effect on improving their relationship. Meri Brown also said that people ask her all the time why she doesn’t get out of marriage. 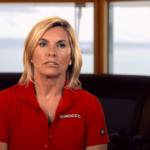