90 Day Fiancé fans have seen David Murphey track down and woo Lana, a woman he’s been dating for seven years. As fans of the show have seen recently, Lana is really real, and she and David Murphey have finally had a chance to meet in real life. In the most recent episode, they went on a bowling alley date and she explained why she gave David Murphey a fake address.

As many fans know, much of the “Tell-All” was leaked before it aired. The leaked footage revealed that David Murphey and Lana are not exactly together right now. But he has hope for the future.

In another video, David was seen asking Lana to marry him, and she apparently agreed. When David Murphey was asked if he and Lana had a wedding date in mind, he replied, “No, of course not. It takes a year or more to get a visa. The government’s not even open. And now there’s an immigration ban. My next step is to move to Ukraine. I’m retiring and moving to Ukraine.”

During the Tell-All, David also revealed that he spent over $200,000 over the years talking to Lana. 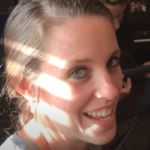 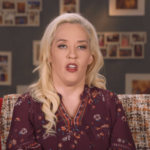