90 Day Fiance star Zied Hakimi seems to have finally settled into life in America. After quickly moving from Tunisia to America when his K-1 visa application was approved, Zied Hakimi’s transition hasn’t been easy. On the current season of 90 Day Fiance, fans are watching as Zied Hakimi and his fiancée, Rebecca Parrott, begin to build their lives together in Georgia.

And things don’t seem to be going too badly for Zied Hakimi, as he recently shared some photos of himself and his new friends on Instagram. They were having so much fun that they seem to have forgotten the social distancing guidelines during the ongoing coronavirus pandemic.

Zied Hakimi recently took to his Instagram to share photos of himself with his new friends while enjoying a few drinks outside.

He captioned the post, “My new Tunisian friends.” The caption also included a flower, a black heart and smiley faces. The photos show two other men posing with Zied Hakimi, followed by more artistic photos of Zied alone with the sun setting behind him.

The K-1 visa process can be difficult to navigate for 90 Day Fiance cast members at the best of times. However, the ongoing coronavirus pandemic has made it more difficult to get loved ones into America. And Rebecca Parrott and Zied Hakimi’s trip was no exception.

In fact, Zied’s K-1 visa application was approved just days before the country went into lockdown and wouldn’t accept international flights, meaning he and Rebecca Parrott had to scramble to get him to America as quickly as possible.

They managed to get Zied Hakimi on a flight, and soon after, the couple was forced if the pandemic. Unfortunately, Rebecca Parrott’s job as the general manager of a restaurant meant that Zied spent a lot of time alone during the isolation. And, according to Rebecca, it was a “struggle” for him.

Speaking with Us Weekly, Rebecca Parrott shared how difficult it was for Zied Hakimi. “He basically said, ‘This is not what I thought it was going to be,’ and he was very unhappy,” she said. “He missed his family, and it was really hard. It was a struggle.”

Knowing that Zied had such a difficult time when he moved to America, it’s nice to see that he has made friends who hopefully understand the culture he comes from and make him feel more at home in America. 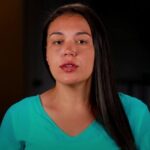 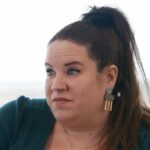