‘Below Deck Sailing Yacht’ Season 3 Will Get ‘Nasty’

Below Deck Sailing Yacht hottie Colin MacRae has anticipated that the rest of season 3 will be “nasty” and “unpleasant.” The third season of the hit sailing show has been a roller coaster ride, and it’s only halfway through. One crew member, Tom Pearson, has already been fired, and another, Gabriela Barragan, may be leaving very soon.

Colin MacRae has a warning for Below Deck Sailing Yacht viewers. As crew tensions rise, things get much worse.

‘Below Deck Sailing Yacht’ Season 3 Will Get ‘Nasty’

This week Colin joined Daisy Kelliher and Dani Soares for their IG series Pita Party. Alli Dore was absent because she and her young son River were ill. During their chat, Colin MacRae poured out a teaser from Season 3 of Below Deck Sailing Yacht. Daisy obviously knows what’s going on, but Dani was very interested in what Colin had to say.

The chief engineer didn’t give any details, but Colin shared that the last episode provided the beginning of all the fan-focused intensity on the show.

Below Deck Sailing Yacht Season 2 brought Below Deck spin-offs with lots of crazy. It was the love triangle of Gary King, Alli and Sydney Zaruba. In addition, Dani and Jean-Luc Cerza-Lanaux made history as the first Below Deck boating couple to have a baby. According to Colin MacRae, much more happened in season 3 than season 2 and viewers don’t even get to see it all. He referred to the firing of Tom Pearson, stating that much more happened than was shown on screen.

One of the things Colin could be referring to are allegations that Bravo and Below Deck Sailing Yacht producers are hiding racial drama among the crew from fans.

It’s safe to say that Colin is certainly referring to the internal tensions between Ashley Mart and Gabriela. Even chef Marcos Spaziani is starting to cause problems with Gabriela. Talking about the second stew, Colin also expressed that viewers have not seen all the tension between Gabriela and Marcos that led to their quarrel at dinner. 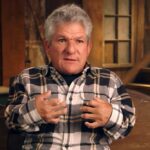 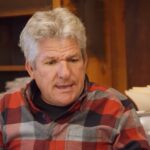