Travis Henry’ food addiction started when he was a little boy. His parents had split up and he had little or no parental supervision. He relied on his older brother to be sure. After being neglected all his life, he had to deal with signs of abandonment when his brother moved in with his father and left Travis Henry all alone. Travis Henry could not understand why his father never accepted him and refused to contact him again.

Travis Henry then started spending time with his mother, who kept him from eating junk food. By that time, he had become so addicted that he sneaked snacks into his room and hid them. He even learned to drive and spent his teens exploring fast food restaurants. Another blow that affected Travis’s mental health was when his ex-fiancé dumped him a month after their engagement. Unable to deal with these situations, he turned to food for comfort.

A flicker of happiness came into his life when he met his wife, Yasmin, in church. The couple married after six months of dating. But they couldn’t have a decent ceremony because Travis Henry couldn’t find a tuxedo or even walk down the aisle with her. This forced him to seek Dr. Now’s help. He promised Yasmin that he would give her their dream wedding. Yasmin also confessed that he felt guilty for being an enabler. She knew that the amount of unhealthy food Travis Henry eats is not normal, but she gave in to his demands because of his happiness. Yasmin’s mother also helped take care of Travis, but both women were no longer patient.

When they didn’t cook piles of food for him, he got snacks delivered to his home. Lazy, uninspired and depressed, Travis Henry realized that if he ever wants to play or write music again, he has to take action. Travis was then enrolled in Dr. Now’s program and reached big milestones. The celebrity doctor was very happy with his progress. Although Travis initially struggled with issues of denial and anger, he eventually embraced the process and found motivation in his ever decreasing weight.

It’s unclear where he stands with his weight today, but fans are sure Travis Henry is still dropping at a fast pace. By the end of the show he had become slimmer and healthier. According to his Instagram poles, it looks like he’s started playing music again. He also started a Youtube vlogging channel. He now goes for daily walks with his wife, and the couple even went to watch a movie after seven years!

Travis Henry certainly enjoys his newly found mobility and gives every chance to make Yasmin happy. Travis doesn’t update his Instagram account much and Yasmin’s lack of social media presence makes it difficult to keep track of Travis’ weight loss journey, but his enthusiasm and optimism about the show assured followers of a promising future. 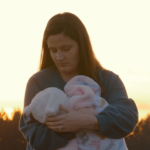 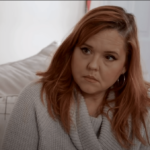