Most of the stars we meet in TLC’s ‘My 600-lb Life‘ are morbidly obese due to underlying emotional problems or past trauma. However, Randy Statum, who appeared in the fourth season of the show, had none of these problems. And yet, when he first appeared in the series, he was about to collapse mentally and physically.

Randy Statum is from Texas and comes from Hardin, which is pretty close to Dr. Now’s office in Houston. When he first met the famous surgeon, the star weighed a massive 640 pounds. However, his background story was quite unusual.

When Randy Statum was young, he was athletic. His father regularly coached youth sports. But because Randy had to grow up because of this, he started eating as much as he wanted. But things got complicated when his incessant binge-ing eventually led to obesity.

When he was in the sixth grade, he weighed 180 pounds and by the time he graduated, he had reached the 300 pound mark. When he was 22, he married Danielle, and at that time he weighed 400 pounds. They divorced and Randy Statum continued to collect pounds. By that time he decided Dr. Now his weight had become unmanageable. He was sad, depressed, and because of the extra mass he suffered from lymphedema.

When Dr. Now examined him, he gave Randy Statum the goal of losing 40 pounds to cope with the surgery. In his episode, the star said, “I want to do this and get my daughter back, but even if I lose another 40 pounds, I don’t know if it’s enough to get the surgery, so it’s hard to get motivated”.

But once Randy started his sessions, he showed his willingness and dedication to change. He was able to meet the benchmark set by Dr. Now and was approved for the weight loss surgery. He reduced his weight by 45% and weighed 350 pounds by the end of his episode.

After his surgery, Randy Statum continued to shed pounds, and today he is a completely different man. Until recently, he had posted updates about his life on his Facebook page. But for unknown reasons, his profile is no longer available. However, Starcasm wrote about his progress in January 2020 and they picked up some of his recent photos when he was still active on social media.

On a personal level, Randy Statum’s trip had some pleasant surprises for him. He met the love of his life Jennifer, who shares his passion for hunting. In 2019, Randy Statum became an uncle, and his sister Danielle welcomed a beautiful girl into the fam! Well, we are very happy that Randy has come this far in the few years since his first appearance in the reality show. 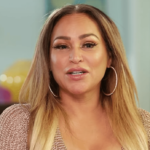