While Robyn Brown was the wife who fought the most with Kody in the last episode, Christine and Kody Brown disagreed at the beginning of the season. Christine is the most opposed to Kody’s dream of building a huge, shared home for all four wives.

The difference in Kody Brown’s reactions to Robyn’s frustration compared to Christine’s was not lost on Sister Wives viewers, who thought there was a great contrast in the way he treated each of them.

As the January 26th episode aired, some fans went on Twitter to suggest that it looked like Kody was playing favorites for Robyn Brown. “It seems like Kody Brown just wants to be with Robyn and keeps making really stupid decisions that are causing all the financial hardship just to please her,” a Sister Wives fan wrote. “Janelle should be the only one making the family’s financial decisions.”

Some fans even noticed that Kody’s alleged unequal treatment of his wives extended to social media. During the January 19 episode, Kody Brown wrote on Twitter: “So if I’m the protagonist of our little story, what is @SWChristine2020 [Christine]? I was just wondering…..”

Many viewers of Sister Wives took this as a bitter blow to Kody’s third wife for rejecting his idea of a unique house. Some claimed he was trying to “embarrass her” publicly.

In this week’s episode, Robyn discussed with Kody Brown not only lowering prices, but also discussing the idea of the unique house at Christmas in front of their children.

One fan highlighted the contrast in the way Kody Brown treated his wives as Robyn Brown and Kody clashed, writing: “My question is… Will Kody Brown now publish a derogatory comment addressed to Robyn Brown after his negative response to the discussion about the one-home idea? Kody Brown didn’t write much about Robyn’s complaints, making some Sister Wives fans believe that he treated her with more respect than other wives. 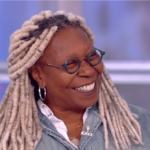