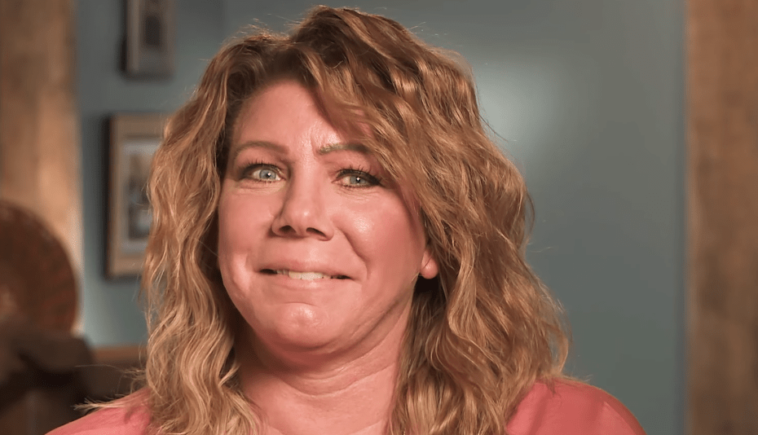 Sister Wives star Meri Brown broke down on the last episode as she shared personal things many wives might not want to admit on camera. It seems that Meri Brown has the feeling that on the outside she is looking at her multiple marriage. Sure, she’s still part of the family, but Kody Brown said they’re not in a real relationship anymore. However, they are in counseling and that plays out this season at the TLC show.

Given Meri Brown’s independence from Kody Brown, that likely leaves more time for the other three wives. Still, by the looks of it, this is something the fans hate to see Meri Brown wrestling. She seems sad as she describes Kody’s rejection. It also sounds like this Sister Wives dilemma is out of her hands.

So, that might have made it easier for Meri Brown to move back to Las Vegas after her landlord asked her to break the lease. She also told Sister Wives‘ cameras that she liked to be alone in the cul-de-sac. Fans took that as Meri Brown enjoyed her freedom away from her family.

Although, she didn’t mean it that way, as we’ll soon see on ‘Sister Wives‘. But in Sunday night’s episode Meri Brown shared with us why she liked living alone in Vegas for a while. Apparently it was less painful for her than seeing Kody’s other Sister Wives marriages play out for her in their side-by-side homes back in Sin City.

Kody said their Sister Wives relationship is back in the dating stage. And Meri Brown said it wasn’t fast enough for her. Then, on the recent episode, Meri got frisky and threw a verbal pass at her husband. It was when he turned the moving van over to her new rental now that she’s back from Vegas.

He asked Meri Brown to watch the back of the truck to ensure he didn’t hit anything. She quipped:”I would love to watch your backside babe.” It was very flirty. Just like the last Tell All, when Meri told Kody that if he called, she’d drop what she’s doing and be there right away. So, Meri Brown’s interest is clear.

the first ‘Sister Wives‘ matriarch seems to be sad and miss her husband. And she’s not shy to talk about it in front of the camera. Between these new scenes and the accompaniment of their couples, many fans wonder what’s next for Sister Wives’ original husbands.