Lala Kent has cast a shadow over her former fiancé Randall Emmett. Weeks ago, she seemingly “liked” an Instagram post about her husband’s alleged cheating. She rebranded his tattoo and merchandise. In a shocking twist, Lala Kent kicked him off their joint podcast. Surprisingly, the blunt reality star hasn’t spoken much about their breakup. She only confirmed that she moved out of the Bel Air home she once shared with a film producer.

In her newly updated podcast, she admitted that she’s still processing the end of their three-year engagement. The Vanderpump Rules star is embracing her new life as a single mother and entrepreneur.

The 9th season of Pump Rules is scheduled to be filmed on Friday 3 December. Sources close to the production have revealed that host Andy Cohen is aware of rumours about Lala and Randall’s break-up. The producers want to find out about Randall’s alleged cheating. Instagram account GirlGangz733 surfaced and shared a series of text messages that Randall Emmett allegedly sent to other women. This comes after he was caught in Nashville with two other women.

While cheating rumours have been swirling for months, there is new information about his infidelity. Allegedly, Randall cheated on Lala Kent while she was pregnant with their daughter Ocean Emmett.

He also had a disposable phone and an Instagram account, which he used to contact women. Sometimes the producer of Midnight in the Switchgrass hired people to contact him on his behalf. The person managing the Instagram account confirmed that the texts came from a phone number registered under Randall’s name.

At the time of the revelation, Lala Kent added another cryptic message to her Instagram story. In the post, small white letters on a black background read: “There’s more to come”. Does this mean Lala Kent is planning to expose Randall’s cheating? Is she just teasing the reunion show or more merchandise? 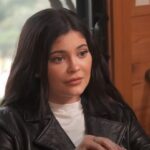 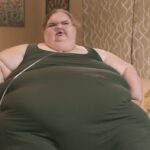