Neither of her co-stars attended her daughter Summer Moon’s 1st birthday party. Scheana Shay and her fiancé Brock Davies hosted an elaborate event over the weekend. Among the guests were Ariana Madix, Tom Sandoval, Tom Schwartz and Raquel Leviss. Scheana Shay has been busy sharing pictures from the event on her Instagram stories. Fans noticed that Stassi Schroeder and Katie Maloney were noticeably absent from the party. That’s interesting considering both were in town. Scheana has been hot and cold friends with both of them over the years, especially during past seasons of Vanderpump Rules.

Lala Kent has already held an ocean-themed 1st birthday party for her daughter Ocean Emmett. So it’s only fitting that Scheana Shay is doing a similar theme for Summer Moon. She held a summer-themed birthday party, even though it doesn’t feel like spring time in much of the country right now. The party included pastel and rainbow decorations, balloons, pool floats, toys and more.

Scheana Shay got everyone dressed up for the event. She wore a bright pink sleeveless bustier which she paired with a skirt. The founder of Boy Crazy put her black hair in a ponytail. She completed her look with pink framed sunglasses. Brock, meanwhile, opted for a white button-down shirt and light-coloured trousers.

Summer month merchandise was in abundance. There was also a square cake with “Summer Moon” written on it. It also had a large mirror cake and pastel trim. Scheana posted photos and clips taken at the event, which included some of her Pump Rules co-stars.

Fans noticed that Stassi Schroeder and Katie Maloney did not attend the party. Only a few of Scheana Shay’s co-stars were there. Does this mean he’s out with the ladies once again? One fan took to Reddit to spread the word about their friendship. 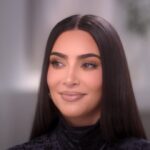