90 Day Fiance: Brandon Gibbs And Julia Trubkina Have ‘Plans To Buy A House’

If you’ve been watching this season of 90 Day Fiance: Happily Ever After?, you’ll know that the life of Brandon Gibbs and Julia Trubkina has been a source of great tension ever since the Russian beauty first stepped foot in America. From being forbidden to share a room with her fiancé to being forced to spend her early mornings looking after animals, Julia Trubkina has never been shy about her resentment at living on the family farm.

But despite his wife’s desperate pleas to leave, Brandon was in debt and leaving the farm was out of the question – until now.

In the final episode of the series, Brandon and Julia Trubkina decided to surprise Brandon’s parents, Ron and Betty, with a signed lease. Bringing them along on the pretext of a ‘tour’, Ron and Betty are furious when they discover that their son is moving out on just a few weeks’ notice.

Although the couple just signed a lease on the show, Brandon Gibbs and Julia Trubkina reveal that they are now “plans to buy a house” so they can take their dog, Simba, with them.

90 Day Fiance: Brandon Gibbs And Julia Trubkina Have ‘Plans To Buy A House’

In an Instagram post, Julia Trubkina shared a photo of Simba, one of the dogs the couple left behind at the family farm.

Explaining that she couldn’t come to the city apartment, the 27-year-old wrote: “We pick him up for the weekend, sometimes we pick him up on weekdays or visit him.” “Plans to buy a house and take him with us,” She continued.

Although the couple are now planning to buy a house, it is clear that Ron and Betty had strong feelings about their move. From noticing the lack of a view to the small size, Betty was not a fan of the new living space from the moment she stepped inside. “It’s a little small compared to 10 acres,” she joked as she introduced the apartment.

When she heard the lease was signed and the move-in date was within a few weeks, Ron immediately felt it was all Julia’s fault. 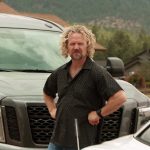 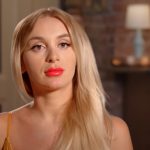