Deavan Clegg and Jihoon Lee met on a dating application before appearing on 90 Day Fiancé: The Other Way. They quickly fell in love and conceived a baby together the first time Jihoon Lee visited Deavan in Utah. Now they are trying to make things work in South Korea.

As fans of the show know, they have been in particular financial difficulties, which has caused a rift between the two families. During Monday’s episode, it finally seemed that Deavan’s mom (Elicia), Jihoon’s parents and the couple were all on the same wavelength. This was until next week’s preview, where Deavan’s mother said she was full of “rage” at Jihoon Lee.

After Deavan Clegg’s mother deceptively agreed that her daughter and Jihoon’s new apartment was suitable, everyone, including Jihoon’s parents, threw the whole thing out with the help of a translator application.

Elicia said she was upset because Jihoon Lee didn’t bother to check out the apartment. Jihoon’s father apologized and his mother said she was also upset by the situation. Jihoon assured Elicia that the first apartment drama was all his fault, not his parents’ fault. Deavan Clegg told the cameras that she thinks Jihoon is too dependent on his parents.

“Jihoon trusts his parents to just give him everything he wants, and he’s just too spoiled his whole life,” she said. “But he has a family now, and they have to stop enabling him.”

“What I would like to see in the future is that Jihoon Lee goes to as much trouble as my daughter,” Deavan’s mother said. The statement didn’t go well with Jihoon’s mother, who said that Elicia blamed all the blame on Jihoon and not on Deavan Clegg.

Despite their seemingly productive conversation, the episode ended on a dramatic note. When everyone left the park, Drascilla ran away when Jihoon had to keep an eye on her. We hear Deavan and Elicia screaming and see Jihoon Lee running after her.

In the preview of next week’s episode we see Jihoon Lee in tears on the street. “I don’t even want to look at Jihoon anymore,” says Elicia. “All I feel is anger.” 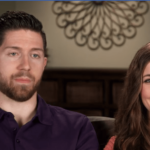 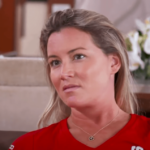