90 Day Fiancé: spoilers discover that Erika Owens was very nervous about going out to dinner with her parents. She brought her girlfriend, Stephanie Matto, along to meet them. These women fought a lot and some fans think that Stephanie Matto controls Erika Owens too much and that these two won’t work.

Erika Owens is a free spirit and did her best to have fun while she was in Australia. Erika wanted Stephanie Matto to meet her parents and her nerves were high, but when Erika came out with her parents, they were great about everything!

Stephanie Matto really started to turn her attitude around when it came to Erika’s free and witty ways. If you love her, you have to see how great Erika really is, right? Erika Owens took Stephanie Matto to meet her parents, and they were making a delicious Chinese dinner.

Erika Owens was so nervous about declaring herself bisexual with her parents, but the way things looked, maybe they already knew. While they were eating, Erika explained that the reason Stephanie Matto was there was because they were dating. Everyone calmed down, then they started talking again.

Erika Owens’s parents told the cameras that they’re happy as long as Erika Owens is happy. They said they always thought there was more to her than just her bubbly personality and they were right! They said they don’t care who she loves as long as they make her happier. Even the fans of the show were so happy about that!

Her parents are so kind and understanding about their daughter and her choices. Not all the stories that come out are like that, so they had a big impact on the LGBTQ fans of the show. Hopefully it will have an impact on their parents as well. The only thing left for Stephanie Matto to do is come out to her mother. She’s had a hard time with it, because even when she talked about it in a fake coming-out scenario, she had some really weird vibes. We’ll see if she can come out to her parents and see how they treat her when she does. 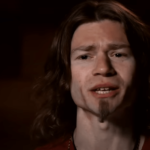