Once upon a time, Jorge Nava and Anfisa Arkhipchenko were the hot couple in the 90 Day Fiance franchise. The excouple embarked on a grand romantic venture.

But as time went by, fans found out that they didn’t belong together. It’s 2022 and the two are better off without each other. The excouple have decided to part ways and recently Jorge tied the knot with the mother of his two children!

Anfisa Arkhipchenko and Jorge Nava married, even though their personalities and interests were different. So during the show, they went through a variety of messy moments that made fans make fun of their fights. According to public opinion, 90 Day Fiance star Anfisa Arkhipchenko made it clear that she was with Jorge Nava for his money. And Jorge wanted to be with Arkhipchenko because of his good looks.

Therefore, the relationship was a big mistake for both reality stars. In the marriage, things started to fall between the couple and eventually they decided to break up. Since then, the two of them have fared much better without each other. In the meantime, Jorge Nava ended up in jail for a drug case and upon his return, he got clean.

Since then, things have gone smoothly for Jorge. The 90 Day Fiance star then met beautiful brunette Rhoda Blua and they got together. Now, online reports from TMZ suggest that Jorge and Rhoda have finally tied the knot.

What’s more, Blua is taking Jorge’s surname. The parents of two were married in a chapel in Las Vegas. They then spent the night gambling at the Cosmopolitan Hotel and Casino. Meanwhile, those who witnessed the marriage said they were joined by another couple and the four of them went to Vegas Trip to gamble. However, the couple have not shared any pictures from their wedding. 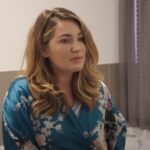 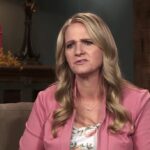