Darcey Silva of 90 Day Fiance fame came under fire for a recent photoshop blunder when critics noticed that her nose looked like it was “falling apart.” Darcey Silva and her twin sister Stacey Silva are no strangers to cosmetic surgery and have been open about the myriad of procedures they’ve undergone.

Since Darcey Silva’s introduction to 90 Day Fiance viewers in 2017 during season 1 of Before the 90 Days, her appearance has changed drastically.

Fans and critics often point out that despite having done so much work to her face, Darcey still uses filters and photoshop when sharing photos.

The 47-year-old Connecticut native recently shared a seductive selfie on Instagram, promoting her OnlyFans. For her close-up selfie, Darcey posed in her signature serious pose, resting one finger on her chin and her other fingers on her chest for the shot. Darcey Silva’s pillows served as a backdrop for the photo, and she kept her look simple, wearing her long blonde hair down and sporting a tag necklace, silver bracelet, long sparkly nails and a black bra.

Although Darcey Silva wanted her photo to draw fans to her OnlyFans, her followers noticed something else instead. Darcey’s right nostril and the tip of her nose appeared to have been cut off, with a piece missing from the tip. Also, Darcey’s right index finger had the same effect, as if it was a photoshop error.

Darcey Silva’s critics who noticed the photoshop failure couldn’t help but take to the comments to point it out.

One of Darcey Silva’s critics felt her nose seemed to “falling apart,” while others called her out for her photoshop mistake. 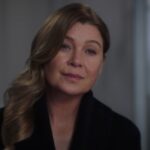