Alana Thompson has grown up in front of fans. She’s now a senior in high school and has already received a few acceptance letters to college. Everything seems to be moving very fast and now the reality star is getting sentimental. The seventeen year old girl shared some snaps from a recent shoot with a lovely message. She talked about her past and what the future holds for her.

It has not been an easy road for Alana Thompson. In 2019, her mother, Mama June, went down a very bad path because she was using drugs and was arrested. Because of this, Alana went to live with her older sister Pumpkin. Although Mama June was there, she was not the stabilising figure her girls needed.

Pumpkin finally got sole custody of her little sister in April this year. Mama June, however, put up with child support and has been somewhat absent since she married Justin Stroud. She didn’t even attend Alana’s seventeenth birthday party, but sent over an expensive gift and an emotional, apologetic message.

In an Instagram post, Honey Boo Boo shared a handful of photos of her parents. A few weeks ago, she was shown getting glam with a blonde wig and new lashes. In a new post, she talked about how she’s so close to graduating, but it wasn’t an easy road. She’s kept going and pushing on, despite already wanting to give up.

However, there is one person she notes that she really hopes made her proud: her late grandmother. She ended the post by revealing that she plans to become a neonatal nurse after graduation. 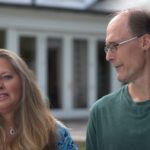