Angelina Pivarnick’s wedding has caused a lot of speculation among “Jersey Shore: Family Vacation” fans. When Nicole Polizzi said she didn’t want to give a speech, many fans were convinced that Pivarnick was forced to include roommates for the sake of the show.

A former producer said the production probably forced Angelina Pivarnick to include the cast on his special day, but now the Jersey Shore star says that’s not the case.

A former history and field producer who worked at Jersey Shore Season 1 hosted an Ask Me Anything on Reddit. While they revealed several nuggets behind the scenes, one of the most interesting was the one that went on to plan Angelina Pivarnick’s wedding. “Angelina’s wedding was paid for by the network, production and sponsors,” explained the producer. “You can bet your life she had to give up any control from a logistical point of view of shooting and production.” The production told her that Jenni, Deena and Nicole should be at her wedding party and that they should make speeches at her reception.

The producer also believes that Angelina Pivarnick was behind the drama that was unleashed at the wedding based on his past behaviour. “I’m not trying to be biased, but based on previous experience, I’m inclined to [Angelina] manipulate this out of sympathy when she knew it was going to happen,” they added.

Angelina Pivarnick’s wedding drama recently resurfaced when the majority of the cast went to dinner for Mike “The Situation” Sorrentino’s birthday. Cortese, Polizzi and Farley resumed the infamous wedding speech, and many fans did not enjoy it.

When Deena Cortese was attacked for making fun of the wedding speech, she explained how upset she was that Pivarnick “continued to play the victim”, despite knowing that her roommates received death threats. After Pivarnick responded that she had been receiving death threats for years, a fan intervened.

Then, Pivarnick revealed the truth about the making of “Snooki”, “JWoww” and the Cortese bridesmaids – “MTV and 495 [Productions] didn’t tell me to do it. I wanted to do it myself,” she tweeted.

At this point, it’s hard to say whether Pivarnick wanted to get the roommates involved or if it was a ploy for the third season finale. 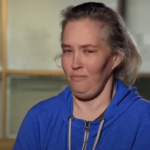