Sister Wives celeb Janelle Brown recently cleared the air by correcting the story about something between her and Christine Brown. Both of these ladies together have given birth to a dozen children of Kody Brown in the last quarter century. Six for Janelle and six for Christine.

Despite sharing such a similar story, these two Sister Wives spouses don’t seem very close during the show. It’s obvious that Meri Brown shares a special bond with Robyn Brown. But Christine and Janelle sometimes seem a little indifferent to each other.

It seems to some Sister Wives fans that Christine Brown tends to steal the show. Especially when it comes to Janelle enjoying her new role as a grandmother.

Maddie Brown Brush gives birth to Evie Brush in the next episode of Sister Wives. There are both Janelle Brown, who is Maddie’s biological mother, and Christine. It seems that Maddie was particularly close to Christine when she grew up and wanted her there.

Christine Brown was the only other Sister Wives co-wife to fly to Maddie’s house in North Carolina. Besides Janelle Brown, she was the only mother for the birth of her second child. Some fans see Christine as an insult to Janelle as the biological grandmother. But apparently not so.

Janelle Brown recently said she was thrilled to look up and see Christine walk through the door. In the next episode of the Sister Wives horrible events take place. So, Janelle said she was happy to have Christine Brown there to help her through it.

Sister Wives: Not One Mom..

Looks like these two Sister Wives ladies have a special bond because of their children. They coached the kids together and it was never like it was your mother or that she was your mother. No, it was two mothers as far as the kids are concerned.

The adults of the Sister Wives seem to be fighting lately. But it seems there’s nothing standing in the way of all half-sister relationships. They grew up close to each other. That’s why Sister Wives’ wives are urging Coyote Pass to build houses. They want that closeness again for all their children.

Janelle and Christine Brown have taken turns giving birth to babies over the years, some close enough to be twins. There have been 18 births between Kody Brown’s four wives. He has conceived 15 of them.

Kody Brown is the biological father of 15 of the boys. He adopted Robyn’s three oldest sons. But out of 18 children, not a set of triplets or even twins were born to the four Sister Wives moms.

Yet the Browns refer to three of their children as triplets, even though the three do not share the same biological mother. Gwendlyn Brown and Gabriel Brown were born around the same time. 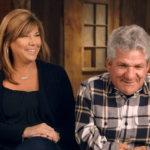 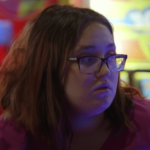