The current season of Sister Wives has seen Kody Brown and his wives disagree on one thing or another. Things with Meri Brown and Kody Brown have unravelled at a fast pace. In fact, it looks like their relationship is probably over. Recently, Meri Brown went to social media to post a photo without her wedding ring. Does that indicate a final decision? Let’s take a look.

Meri Brown recently published a photo on Instagram with a rather long caption. She urges her followers to do what they cannot do. The cryptic message also suggests looking fear in the face. Maybe she was implying that her marriage to Kody Brown is similar to what she wrote.

The most striking feature of this photo is that Meri Brown wasn’t wearing a wedding ring. This is what led fans to assume that Meri Brown had finally left behind the emotional abuse and gaslighting that Kody Brown was putting her through.

"You gain strength, courage, and confidence by every experience in which you really stop to look fear in the face. Do the thing you think you cannot do." — Eleanor Roosevelt 💪💪💪 #LivingMyWhy #BecauseICan #LoveWhatIDo #LoveWhoIAm #LuLaRoeRetailer #LuLaRoeForLife #FlagstaffFashion #Arizona #LuLaRoeMorgan #LuLaRoeGwen

Meri Brown and Kody Brown had therapy this season to give their dying relationship one last time. However, in recent episodes, we have seen that their situation has become almost hopeless. Meri Brown has admitted that her relationship with Kody Brown is dead and over. Kody Brown was tired of Meri Brown always being the victim. She also said she regretted what they had.

Everything seemed fine until Robyn Brown came along. Meri Brown had been Kody’s legal wife for a long time. However, to adopt Robyn’s children, he had to divorce Meri Brown and marry Robyn Brown on paper. Even though they remained spiritually married, their relationship was never the same. In fact, she started courting someone online. Later, however, that person turned out to be a catfish.

According to Meri Brown, she was emotionally involved with that person. However, that was the point where Kody and Meri Brown’s relationship took a hard blow and she couldn’t recover, no matter how hard they tried. If that wasn’t enough, Kody blamed everything on Meri and accused her of being enmity with the family. 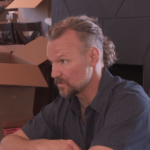