Sister Wives fans are worried about Meri Brown. People who follow the TLC star on Instagram have noticed that she seems to publish many shots of herself alone. In particular, they have realized that she rarely seems to spend time with her husband Kody Brown or other sister wives: Robyn Brown, Christine Brown and Janelle Brown. Some wonder what’s going on between Meri and Kody Brown and whether the two are still together.

Sister Wives: Meri Shares A Photo Of Herself With A Cute Pooch

Speculation about the state of Meri Brown’s relationship with Kody is nothing new. Fans have been wondering for years why the 49-year-old girl doesn’t leave her spiritual husband for good. (The two divorced in 2014 so that Kody Brown could marry her fourth wife Robyn and adopt her children from a previous relationship). They think that he no longer loves her and that Meri Brown has to cut ties with him and the rest of her big family.

Questions about Meri and Kody Brown resurfaced when she shared a picture of her cuddling with a cute little dog. Some commentators of the June 25th post have cooed about the dog, which is named Mosby and belongs to her daughter Mariah. But others took the opportunity to discuss her personal life.

The commentators of the post immediately pointed out that Meri Brown was all alone in the photo she shared.

“You deserve some human cuddles too,” wrote another, while someone else told her she “needed a man.” Others asked her why she never shared photos of herself and Kody Brown together and wondered if they were still together.

Not all of Meri’s social media followers think she owes people an explanation for what’s going on with Kody. One came forward to express frustration that people kept hijacking Meri’s posts with her comments about her relationship.

“The person asked, ‘Why oh WHY can’t people ever comment on the shared photo? “You all feel a need to comment on stuff that has nothing to do with the pic.”

Meri Brown herself seems to get tired of the constant criticism and questions. While leaving comments on the dog’s post open, she turned them off on several other recent Instagram updates.

While some are curious to know why Meri Brown no longer spends time with her family, some on social media seem happy to see her alone. “You look so much happier,” one person commented. “I’m so happy that you’re living your life the way you want… maybe the way you always wanted.” 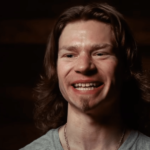 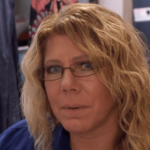