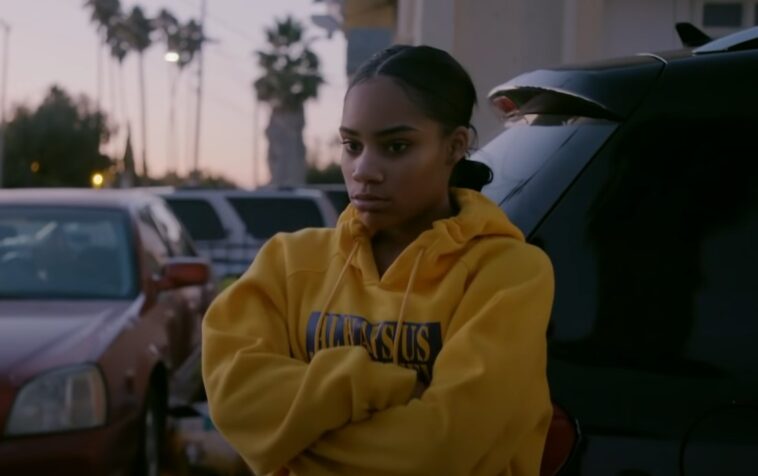 Teen Mom 2 star Ashley Jones was a vision in vibrant orange and brought the heat in her latest impromptu photo shoot. Although the 25-year-old mother of one has been relatively quiet online, she shared several snapshots of her daily life.

As the Fourth of July weekend approached, Ashley Jones took to her Instagram feed, where the California-based beauty shared a sizzling summer selfie.

In the first slide, Ashley Jones posed in front of a mirrored window with her head tilted as she held her phone in her hand to take the selfie. She showed off her sexy outfit, which included a long-sleeved silk button-up top and jeans. Ashley left the first few buttons of her top undone, revealing a tasteful cleavage.

Ashley combined her richly coloured top with a pair of light washed jeans, tucked the top in and rolled up the edges of the trousers. She opted for natural white slides with twist patterns, and carried a multicoloured handbag that appeared to be made from a soft material. Ashley’s long, dark hair was down and parted in the middle, the ends resting on her shoulders in a perfect wave. She embellished her look with several white gold bracelets, purple lips and a red manicure.

On her second slide, Ashley Jones responded to some curious fans who asked where she got her handbag. She added another shot of herself, this time posing outdoors in front of a bench and trees, showing herself only from the shoulders down.

When she’s not in front of the camera or making her own handbags, Ashley is busy with her business, Aries Beauty Studio, based in Modesto, California. Her salon currently offers services for skin, body, lashes and brows, but Ashley would eventually like to add more to the menu. During a Q&A with her fans on Instagram last year, Ashley said, “My dream is one day to add med spa to the title of my salon.”

While opening Ashley’s salon was a big accomplishment for the MTV star, Teen Mom 2 decided not to include it in their slogan last season, which she didn’t like.

Soon Ashley will appear alongside some of the Teen Mom OG and Teen Mom 2 moms for the new spinoff Teen Mom: The Next Chapter. 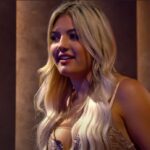