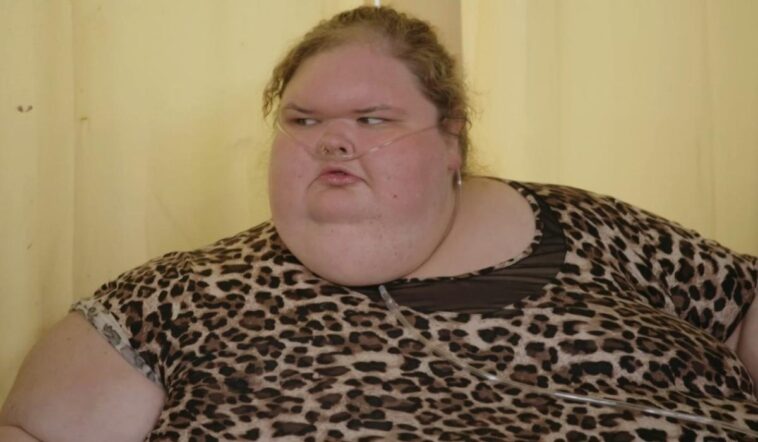 1000-Lb Sisters spoilers show that Tammy Slaton will talk about her latest diet failure. But this time, instead of her usual complaints about dieting, the 1000-Lb Sisters star reveals her real reason for abandoning her weight loss efforts. And spoilers hint that her reasoning seems truly heartbreaking.

Find out what the 1000-Lb Sisters star shares about her latest diet disaster. And find out what one relative suggests to help Tammy Slaton again try to shed the pounds.

Tammy Slaton and her sister Amy Slaton Halterman started the first season of 1000-Lb Sisters with a common weight loss goal. The siblings pledged to lose enough pounds to qualify for weight loss surgery. But only one sister succeeded.

After Amy Slaton’s weight loss surgery, she achieved her pregnancy dreams. And the 1000-Lb Sisters star didn’t stop with the arrival of her precious son. Unlike Tammy, Amy has consistently tried to eat right. Fans hoped Tammy would feel inspired by her sister’s success. Wrong. Viewers of 1000-Lb Sisters watched as Tammy Slaton went from wanting to lose weight to seeking romance. But her search for Mr. Right led to one disappointment after another. Meanwhile, Tammy struggled with her diet. Even detox treatment dedicated to easing her food addiction didn’t stop the 1000-Lb Sisters star from focusing on her search for a boyfriend.

Tammy Slaton’s ex-boyfriend Phillip has been causing problems, she admits to Chris. As a result, the 1000-Lb Sisters star feels “terrified” that the man is “harassing” her. But Tammy was hesitant to tell Chris because she is recovering from surgery. Now, however, she feels she can spill the beans to her brother.

And spoilers reveal that Tammy also reveals why she stopped her weight-loss efforts. “I gave up on the diet because I’m stressed out,” the reality star admits. Can Chris solve her problems? 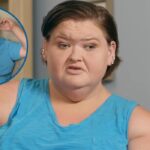