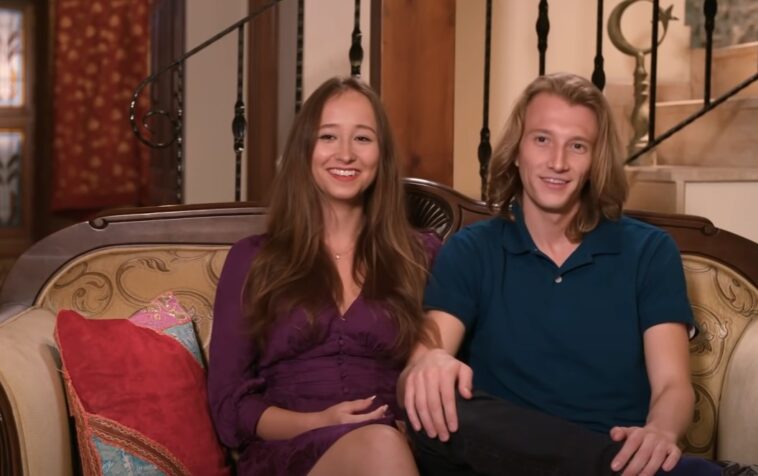 90 Day Fiancé: Are Alina Shaimardanova And Steven Johnston From 90 Day Still Together?

90 Day Fiancé: The Other Way star Alina Shaimardanova seems to be enjoying life with her husband Steven Johnston, so fans need to stop railing against their relationship and accept that they are happy together right now.

The young couple from the 90 Day Fiancé franchise seems to be very happy, but viewers are still angry about Steven’s cheating history. With that being said, it is ultimately Alina Shaimardanova’s decision to decide whether or not to tell with Steven. If Alina is as happy as she seems, then fans need to accept that – either supporting her or backing off.

90 Day Fiancé: Are Alina Shaimardanova And Steven Johnston From 90 Day Still Together?

The divisive couple had a rocky road in the 90 Day Fiancé series, but they got married at the end of season three of The Other Way. Although viewers didn’t think their relationship would last, Steven and Alina Shaimardanova celebrated their wedding anniversary in December 2021 and revealed plans to start a tourism-related business in Turkey.

However, fans still have a big problem with Steven talking to other girls behind Alina’s back. Steven has a history of cheating in past relationships, and he even slept with someone when Alina thought they were exclusive. He was also caught talking to girls online after they were married, even though Alina told him to delete his social media accounts.

It’s no surprise that fans love to drag Steven for his cheating ways. On the other hand, it might be time for fans to stop since Alina Shaimardanova is getting tired of it. Alina doesn’t consider what Steven did to be cheating since he was just talking and not doing anything physical – at least since their relationship officially started.

Alina has forgiven Steven because she believes he is sorry and has changed. Some people say that a cheater will always be a cheater, but there are exceptions when an individual recognizes the error of his ways, as Alina believes Steven did. After the show, everything viewers see of the couple comes from social media, so Steven may have changed a lot about himself that fans don’t necessarily see.

As much as viewers want Alina to see the light, it’s ultimately not their decision. Alina is a grown woman who makes her own choices and knows much more about her and Steven’s history than the fans do. There is a lot that is manipulated and left out of the show, so Alina is really the only one making truly informed decisions. Alina Shaimardanova is happy with Steven, so all of her followers trying to rain on her parade are just yelling at a brick wall. According to Alina, she is living her best life with her husband, and fans just have to accept that Alina is happy with her choices.

As much as fans enjoy roasting Steven, they are generally much more supportive of Alina. If they respect her, then they should respect her decisions as well. The 90 Day Fiancé: The Other Way couple has built a good life for themselves, and Alina seems extremely content. Although it may be difficult for many longtime viewers to forgive and forget Steven’s betrayal, Alina has done so, and she seems to be happier than ever.