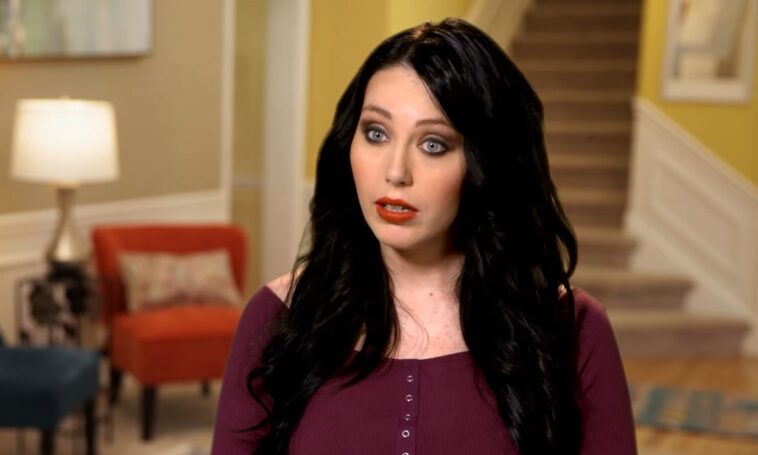 Former 90 Day Fiance star Deavan Clegg recently shared the exciting news that she is expecting her third child and first with her boyfriend, Topher Park. With the pregnancy announcement out in the open, Deavan Clegg shared a photo of her baby bump to celebrate Mother’s Day.

Deavan Clegg and Topher Park did a professional photo shoot for the announcement, and her belly shot looks like it came from that photo series.

Viewers of The Other Way saw Deavan and her ex-husband Jihoon Lee in seasons 1 and 2 when they got married and started a life together in Korea with their son Taeyang and Deavan Clegg’s daughter Drascilla from a previous relationship.

90 Day audiences also saw Deavan Clegg and Jihoon Lee’s marriage fall apart due to financial problems and miscommunication, which led Deavan to leave Korea with the two children. She left with the excuse that she needed space and would return, but she never did.

Deavan posted a stylish pregnancy photo of herself that appeared to be part of her pregnancy announcement photo shoot. The photo was taken with a landscaped backdrop as Deavan wore an off-the-shoulder dress and cradled her growing baby bump.

The 25-year-old Deavan is no stranger to cosmetic procedures since she appeared in the 90 Day Fiance franchise. She’s had her lips done several times and even had a botched filler procedure.

Deavan also launched a GoFundMe at one point so that she could get a breast lift and paid augmentation. Deavan has also had veneers.

Deavan receives negative attention on social media for how much she filters her photos to an unrealistic point.