90 Day Fiance: Larissa Lima Is Moving Back To Las Vegas.

90 Day Fiance: Happily Ever After? Larissa Lima is heading back to Las Vegas after a rough time living in Colorado Springs. The reality TV personality has been teasing a big move for several weeks and now that the moment has finally arrived, Larissa Lima couldn’t be more excited.

Sin City was Larissa Lima’s home during her brief marriage to Colt Johnson. After their breakup, she met Eric Nichols and they decided to leave Las Vegas for a fresh start. Eric sold his Las Vegas home and moved to Colorado Springs with Larissa Lima. However, the couple called it quits and now Larissa has her eye on Las Vegas again.

90 Day Fiance: Larissa Lima Is Moving Back To Las Vegas.

The girlfriend of 90 Days: Happily Ever After? shared an update with her followers on social media about her plans to leave Colorado Springs and move back to Las Vegas.

The mom of two also opened up about the difficult times she experienced while living in Colorado Springs due to the feeling of isolation.

The former cast member of 90 Day Fiance: Happily Ever After? opened up in another post about why she left Colorado Springs. Larissa Lima moved there in 2020 from Vegas, hoping for a fresh start with then-boyfriend Eric Nichols and their cats, but a lot has changed since then. Not only did Larissa and Eric break up, but the new city didn’t live up to Larissa Lima’s expectations.

After posting about her move, one Instagram follower asked the brunette beauty about the reasons behind her departure.

Larissa Lima also revealed that there are more job opportunities for her in Sin City, which is another reason why she is heading to her former abode. 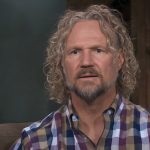