90 Day Fiancé couple Tom Brooks and Darcey Silva have officially given up after a lot of fan speculation.The two met for a chat over coffee during the recent season of Before 90 Days in an attempt to resolve the issue. The two were unsuccessful, and they split with some bad air between them. Now, Tom Brooks says he’s found love. But he’s not the only one. Looks like Darcey Silva has a new flame.

Even if things didn’t work out between Tom Brooks and Darcey Silva, that doesn’t mean that the star of 90 Day Fiancé has given up on finding love. In fact, just the opposite.

Tom Brooks recently went to Instagram to announce that he has found a new love in his life. He wrote in his Instagram story: “Happy to announce that I have a fantastic love in my life, I hope you can respect the fact that I would like to keep this private, I won’t let anything ruin this shes important to me. If the few could stop with the inappropriate messages, I would be grateful [sic]”.

Apparently, Tom Brooks receives scandalous DMs from his hard-core fans. It doesn’t sound like the love of his life is Shannon, the Canadian women he used to date. In fact, the two ended their relationship some time ago, and Tom Brooks called it “just a fling”.

90 Day Fiancé fans have long speculated that Tom Brooks and Darcey Silva are no longer together. It’s clear that the two haven’t been in each other’s good graces on social media for quite some time.

Now, after a coffee talk that went wrong, the two of them are officially done. Silva wanted to talk to Brooks about a photo she’d seen of Brooks with another woman. Meanwhile, Brooks had already complained.

Tom Brooks felt like Darcey Silva wasn’t listening when he tried to talk. He also said he felt like Silva was too into her ex-boyfriend, Jesse Meester. Brooks said to Silva, “He was so worried about other things. It was really hard for me to listen to Jesse’s story all the time.”

In the end, things went south. Tom Brooks asked Darcey Silva, “Have you put on weight? This seemed to indicate the end of their conversation. 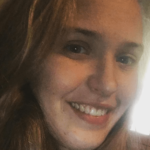