Kenny Braasch and Mari Pepin-Solis Are Still Together After ‘Bachelor In Paradise.’

The Bachelor in Paradise finale is always a bit of a circus, but some couples make it to the finish line. One of those couples, Kenny and Mari, don’t make it without their fair share of drama. So, do they last when it’s all over or does the drama persist?

Kenny Braasch and Mari Pepin-Solis were basically a Day One couple, so if they aren’t still together, it would be a huge shock to everyone – fans and skeptics alike. And when he decides to propose, they seem like one of the most solid couples to come out of Bachelor in Paradise season seven, so are Mari and Kenny still together?

Kenny Braasch and Mari Pepin-Solis Are Still Together After ‘Bachelor In Paradise.’

After the finale aired, Kenny Braasch and Mari Pepin-Solis made it clear that they are definitely still together. Kenny shared a post from Mari on his Instagram with the caption, “There’s something about Mari,” with a heart. And Mari shared a similar post with the caption, “Engaged AF” with some heart emoji. We’re not that surprised, to be honest. During the airing of Bachelor in Paradise, they both shared romantic photos of each other, so it was always clear that they were on good terms, at the very least.

But now, after they both shared photos of each other, and with Mari showing off her beautiful new ring, it’s confirmed that Kenny Braasch and Mari Pepin-Solis are still together.

Of the three couples who get engaged on Bachelor in Paradise Season 7, Mari and Kenny definitely have the most drama during the show. Early on, Mari Pepin-Solis tells Kenny that she still wants to be open if someone asks her on a date, which causes Kenny to explore other options. He starts a fling with Demi and then is asked out on a date by Tia. Both girls seem to be interested in him, while Mari regrets her conversation with Kenny. Demi gives Kenny his rose after they spend some time in the boom boom room, and Mari is less than pleased. It seemed like there was no way to rekindle their relationship at that point.

However, Mari Pepin-Solis eventually pulls Kenny aside to tell him that she still has feelings for him, and that she needed to see him with someone else to realize how strong those feelings were.

From that point on, Kenny dumps Demi, and things go pretty well for Kenny Braasch and Mari Pepin-Solis. The two are on top of each other with very little drama, so we don’t really see their relationship progress on screen. Until the final episodes where all the winning couples say “I love you” and analyze their relationships, Kenny and Mari get very little screen time. 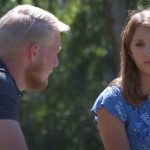 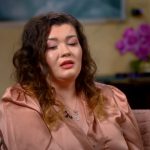