Sister Wives: Even Meri Brown Has ‘Locked Out’ Days

Meri Brown usually posts quite frequently on her Instagram account. You can almost count on Meri Brown to publish something every day on her website. Several days went by without one of her famous cryptic Instagram messages popping up. So, Sister Wives fans probably thought she was very busy.

Meri Brown didn’t offer up any details explaining her locked account. But she’s back and her dilemma locked out doesn’t seem to be the focus of her Sister Wives comments.

It seems her fans’ focus went somewhere else other than Meri’s locked out problem. Instead, fans of the Sister Wives seem to be going crazy about the latest release. Meri Brown is gorgeous with her makeup so perfect, suggests many of her followers.

Sister Wives has those doe-like eyes and pictures often show how blue they really are. This latest photo attracts a lot of online attention.

This Sister Wives star also seems to have a precise pose to accentuate the best of her features. The fans seem to like everything about Meri Brown’s latest selfie.

In my original plans, today would have been the last day out at sea after a week on a ship full of friends, colleagues, and like minded #LuLaRoe retailers. Obviously those plans changed due to the ever-changing times in which live. And I'm ok with that! I have spent this week in my house getting projects done, connecting with friends and customers via internet and social media, watching beautiful snow fall, witnessing women across the country and the world come together to support and uplift each other. So this week hasn't been a disappointment to me in the least. I know I'll see and connect with all my LuLaRoe retailer friends as soon as it is safe and healthy for us. This too shall pass, and until then, we'll just keep on keepin' on, plugging away, and doing our thing, as together as possible through social media outlets. Side note, notice the exclusive cruise hoodie I'm wearing today in honor and sweet remembrance of what almost was! 'I like big boats and I cannot lie' 💙💙💙 #LivingMyWhy #BecauseICan #LoveWhatIDo #LoveWhoIAm #LuLaRoeRetailer #LuLaRoeForLife #FlagstaffFashion #LuLaRoeAmber #LuLaRoeDenim @lularoe.retailers @lularoe #SocialMediaConnection #FriendsSupportingFriends

A Reprieve for Original Matriarch?

Along with looking fantastic, this fan-favorite from Sister Wives is getting a bit of a reprieve these days. At the TLC reality show anyway. Instead of Meri Brown being the target of Kody Brown’s fear, Robyn Brown seems to take her place.

But it doesn’t look like Meri Brown can just sit back and be thankful the heat is off her. No, it seems that Meri Brown doesn’t think Robyn Brown deserves this treatment.

While Robyn Brown gets under Kody Brown’s skin, Meri Brown is there for her. During the recent trip of the four women to Chicago to visit Mariah Brown and Audrey Kriss, Meri made her thoughts known.

Robyn Brown was in the Windy City the whole time about her problems at home with Kody Brown. But she apologized to the Sister Wives ladies for being a party pooper. While everyone at the table reassured Robyn that she wasn’t, Christine Brown threw her a zinger.

The fourth wife of the Sister Wives tribe was struck by that sarcastic blow and tears. This prompted Meri to intervene. She told Christine to “just stop” after she sent that punch Robyn’s away. 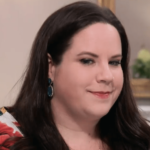