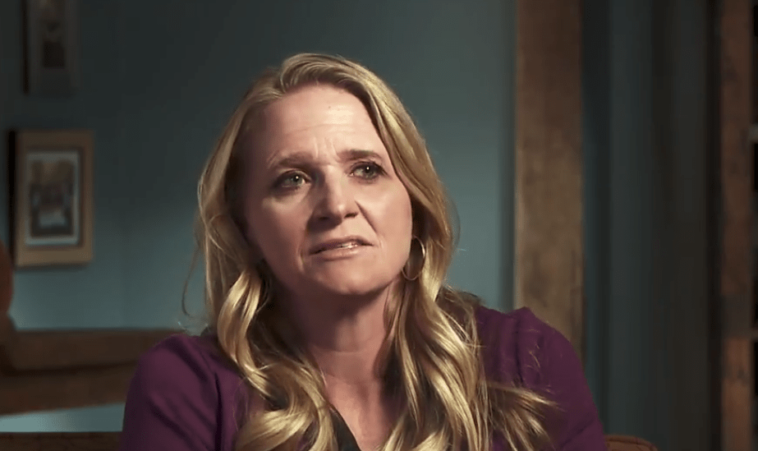 Sister Wives: Does Christine Brown Have a Hidden Agenda?

Sister Wives star Christine Brown seems to find some joy in the appeal she had in a recent family decision that left everyone at odds. In the next episode, it seems that Christine rides high these days after her vote weighed heavily on the disappearance of the big Kody house.

When the third co-wife meets her daughter, Aspyn Brown Thompson, Christine seems to take pleasure in mocking the situation. Their laughter seems to prove it. Whatever Kody Brown said about her one-home idea, Christine Brown called it off.

At least the other sister wives were willing to consider Kody Brown’s dream with an open mind. But not his third wife.

Sister Wives: Does Christine Brown Have a Hidden Agenda?

Christine Brown seemed to appreciate the power she had over the decision. After all, his “no” has wiped that big house off the table. Back then, the fans were beating Christine Brown. But Robyn Brown, Meri Brown and Janelle Brown supported their Sisters Wives’ prerogative to refuse.

But in the previews for the next episode, it seems as if Christine Brown is mocking the situation. It seems that Aspyn is visiting her mother, and while the two are preparing something in the kitchen, they are talking. The conversation is about that big house presentation about Sister Wives, and Aspyn asks her mother what she said then.

Christine Brown seems to proudly recite her exact words. She tells her daughter that she said, “I love you, I just don’t want to live with you.” Then mom and daughter laugh. Those are words meant for her sister’s wives. Did she find this really funny? Was she joking or was she flippant about delivering those words?

Sister Wives: That’s One Devious Smile You’ve Got There

Then there’s a scene where Christine sits alone and talks to a Sister Wives producer. She tells them, “It was hard for Kody.” Then Christine Brown admits that she “crushed his whole plan”. The producer asks if Kody is still angry with her. And she put on a sly-looking grin and said, “yes.”

So what about Christine Brown? At first, you might think she’s happy they’re not sharing a house together. Sister Wives‘ viewers are told she likes to have her own domain. In fact, some of her followers even said they were happy for her.

No-one doubts Christine Brown wants her own home except the other Sister Wives. But is it the future living situation of an individual home she’s looking forward to? Or is she basking in victory and enjoying a little strength to achieve it?

Christine Brown is one of four wives who share a husband. So, being one of the four with an opinion on family matters, she doesn’t always get what she wants. It’s not often that Christine drives the bus exclusively where she wants to go. Maybe this victory has rejuvenated her self-esteem, or maybe she feels stronger after the family’s future plans have gone in her direction.

For whatever reason, Christine Brown seemed to wallow in her being the one who destroyed Kody’s unique home floor on Sister Wives. Also, Christine had a good laugh with her daughter. But given the way the TLC changes, it can be less dramatic once everything takes place in the next episode.