Veteran Sister Wives fans know the unofficial protocol used by the co-wives to leak that a new season is in the making. They drop hints, no matter how vague. In recent years, older children have also joined in by dropping a tease or a clue about the start of a new season. Even TLC seems to have a regiment that they follow in leaky clues before a new season begins. This includes their tendency to say nothing while their latest season movies. Then wait until the last minute to officially announce a new season premiere.

New fans of the Sister Wives series might think that the show is about to disappear into the sunset in the absence of TLC updates. But this is the second time Janelle Brown has appeared with a new season premiere. She is also not the only woman who has recently danced around that non-disclosure clause to offer an update.

Getting in one more hike before our next forecasted cold front on the weekend. West Fork in Oak Creek Canyon never disappoints. #gooutside #fall #hiking #mountains

The second wife of the Sister Wives clan, Janelle, is the woman who is not involved in drama. After more than ten years on the TLC screen, fans got to know her as the voice of reason. Unlike her Sister Wives co-spouse, Janelle Brown has no tendency to exaggerate. Nor does she inflate to a point where headlines can use the word “explode” to describe her reactions on the screen. So viewers of the TLC series tend to take Janelle Brown’s words seriously.

When Janelle Brown recently offered her second hint about the new season, fans lit up the social media world. Janelle Brown answered a fan’s question about a new season of the Sister Wives.

Janelle suggested that fans stay tuned to TLC for updates. While acknowledging that this isn’t much, she suggested that it’s at least something new. But this is just a small hint compared to what both Janelle Brown and Christine Brown have been saying in recent weeks. 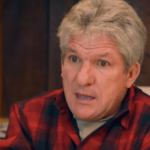 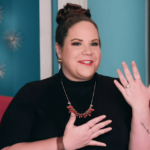