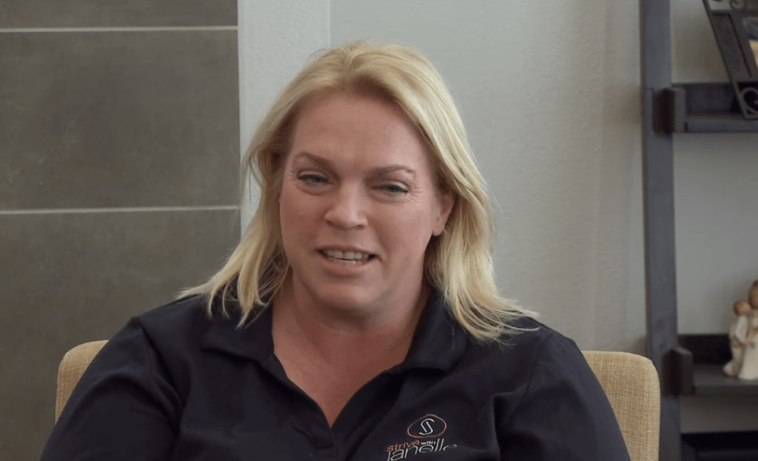 Sister Wives celeb Janelle Brown seems to find a cure for loneliness when your lifestyle only dishes out your husband every fourth day, Sure, she has the kids at home, but it’s not the same as sitting with another adult you have something in common with.

A cup of coffee and a conversation with someone who thinks like you are all the medicine you sometimes need. But for some people it seems easier said than done. Especially if the husband you love puts you on his schedule only once every four days.

At the end of the day, many couples sit down for coffee or maybe a cocktail and chat. A good number of couples discuss how their day went. But at Janelle Brown’s house this can only happen every four days. This is because the patriarch of the Sister Wives is having that husband and wife conversation with four women.

As a couple with kids, if one gets sick and happens to wake up in the middle of the night, the parents are usually there for each other. With Janelle Brown, as with the other wives, it’s a long shot if Kody Brown is there at times like this.

So for Janelle Brown and her fellow Sister Wives ladies, it seems like marriage plural is a lonely place sometimes. A while back, it looks like Meri Brown found some replacement for the days when she doesn’t have Kody by her side. Looks like Meri Brown put an end to loneliness by throwing herself into work.

The Sister Wives entrepreneur runs her own bed and breakfast business, Lizzie’s Heritage Inn. In addition, Meri has spilled over into the sale of a clothing line. She did so well that she made her way to one of the company’s top sales reps. This also gives Meri Brown the necessary socialization with adults.

Now it seems that the second wife of the Sister Wives clan has also explored an outlet for socialization. Janelle Brown said very nonchalantly that she went on a group trip to explore nature.

Janelle Brown joined a group of like-minded people on a trail in Oak Creek Canyon. She also said she studied native plants in the area. Now, on this group trip, they are doing field recognition of these native plants. Although this kind of activity may not be within everyone’s reach, Janelle seems pretty excited about it.