During season 9 of Teen Mom OG, star Amber Portwood shared some pretty personal news while discussing her upcoming memoir. “People are going to be a bit shocked that I am bisexual,” she said during the October 12, 2021 episode.

Mom went on to explain that when she was in her 20s, she was in a relationship with a woman for eight months. For fans who have followed Amber’s story from the beginning, this may come as a shock. Amber Portwood has been publicly linked to men in the past, including ex Gary Shirley, with whom she welcomed daughter Leah in 2008, and ex Andrew Glennon, with whom she had son James in 2018. (James can’t appear on Teen Mom OG due to their custody agreement). However, it seems that not everyone believed Amber Portwood when she came out as bisexual. So what’s the deal? Here’s everything we know so far.

Amber Portwood revealed on Teen Mom OG that she is indeed bisexual. However, not all fans believed she was being truthful.

When Teen Mom’s Facebook page posted a recap of the episode, users took to the comments to criticize Amber and question her sexuality. “She is desperate for any sort of fans and attention so she going for what’s trending currently,” one person wrote on the post. Another user wrote: “She should try coming out as a mom.”

As an update, Amber apparently hasn’t been on the best of terms with her kids lately. Leah, who currently lives with her father and his wife, has been ignoring her messages, according to what Amber said on a 2021 episode of Teen Mom OG. Amber has partial custody of her son James, and although she fought for more custody, Andrew stated that Amber hit their son.

She then addressed the rumors that she was lying about her sexuality. “It’s still a little weird for me but this wasn’t fake, guys. It’s not for the show.” She explained that “a lot of the people who I’ve been working with for the last 13 years didn’t even know this until I did what I did.” Amber Portwood further explained that she has known she was bisexual since she was a teenager.

“I’ve been dealing with — I really don’t know how to say it [in front of people] because it’s still kind of scary — being bisexual and being attracted [to women] since I was 12,” she said. “But not really acting on it until I was older, obviously. And coming out at the age of 31 after so many years … it took a lot and I just want to thank all of my fans and my supporters.” 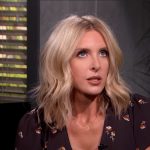 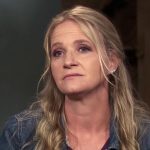