Will TLC’s ‘7 Little Johnstons’ Be Renewed For Season 13?

Amber Johnston teases fans about the new season of 7 Little Johnstons. The TLC star dropped a few hints in a recent Instagram post. Scroll down to see what she said and get details on what’s in store for her family of seven.

If you’re a fan of 7 Little Johnstons, you may know that the series has still not been renewed or cancelled. TLC hasn’t made an announcement about season 13. Naturally, this has some viewers worried that the show may not be coming back. But thankfully, the Johnstons have given several hints in recent months.

Will TLC’s ‘7 Little Johnstons’ Be Renewed For Season 13?

This week, Amber jumped on social media to give fans a glimpse behind the scenes. She posted a picture of herself and Trent Johnston working on cleaning up their yard. She also added a photo of herself and Trent on the red couch used for interviews on the show ‘7 Little Johnstons’.

In the comments section of Amber Johnston’s new post, many fans have gone crazy. They noticed that she mentioned “red couch interviews”, which could very well mean that the show will return for another season. One 7 Little Johnston viewer said: “I hope this means another season?”. However, as of now, the fate of 7 Little Johnston is still unknown. The fact that the family has been filmed so much seems to be a good sign, but fans will really have to wait for an official word from the network.

Hopefully, now that they have filmed the interviews, there will be an official announcement about the new season. Viewers would love to see the trailer and find out if and when the show will return. Stay tuned for confirmation from TLC. 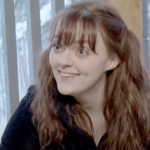