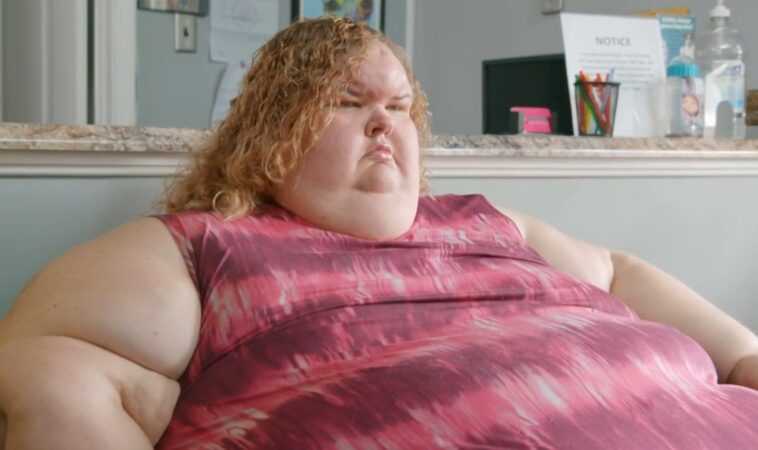 The third season of 1000-lb Sisters shows Tammy Slaton leaving home to treat her food addiction at a rehab center. But now that the season has finished filming, fans are curious about how much Tammy Slaton weighs. Her sister, Amy Slaton, famously underwent bariatric surgery to get down to a healthy weight and have a baby. The goal seems to be for Tammy to follow in her footsteps with her weight, but what’s going on?

Tammy Slaton had a setback in season 2 when it was revealed that her boyfriend at the time, Jerry Sykes, was secretly feeding her unhealthy food. Tammy Slaton and Amy Slaton’s brother, Chris Combs, accused Jerry of having a fetish for overweight women. Tammy finally ended the relationship, and her initial Season 3 rehab stay made it seem like she was serious about losing weight for her health.

So how much does Tammy Slaton weigh now? On the November 15, 2021 episode of 1000-lb Sisters, she had a weigh-in at rehab. According to the scale, she weighed 631 pounds at that time. She lost 60 pounds during her stay, which was 40 below her goal of 100 pounds. But, because she was tired of being away from home, she chose to leave rehab early. Although Tammy did not share a weight update on social media, she did gain some weight back.

On the December 6, 2021 episode, she was weighed during a doctor’s visit. She found that her weight was 639 pounds, which means she has gained weight since leaving rehab.

In the Season 3 finale released on Discovery Plus, Tammy agrees to go to rehab again after she went off track with her diet.

Towards the end of the episode, Chris reveals that Tammy Slaton has lost a total of 115 pounds over the course of 30 days. This means she may now be around 534 pounds. Since the shoot, however, Tammy has not shared any weight updates on social media. Tammy’s Instagram posts make it seem like she’s still in some kind of rehab facility, though, which bodes well for her future weight loss goals for bariatric surgery.

But Tammy may still be a long way from surgery. According to the Mayo Clinic, candidates for weight loss surgery must meet a handful of guidelines. Conditions include showing an effort to lose weight six months prior to surgery, a BMI of 35 or higher, and at least one obesity-related medical condition. 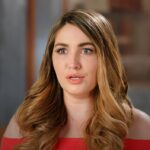 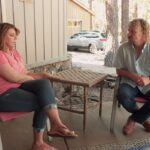