90 Day Fiance: Tania Maduro Thinks It’s All For a Reason

90 Day Fiance: Syngin Colchester revealed in one of the previews that Tania’s car accident was stressful for their relationship. The couple had plans to leave Connecticut. However, Tania was in a car accident and suffered some injuries. So, their plans to move to another city came to a halt.

90 Day Fiance: Tania Maduro Thinks It’s All For a Reason

According to Tania Maduro, everything happened for a reason, because they had to stay in Connecticut for a while. In the preview, we see Tania tell her mother that their plans to move out of Connecticut have been postponed.

On the other hand, Syngin doesn’t seem thrilled with their current situation. With Tania Maduro unable to work and Syngin just got a work permit, finances have been tight. Tania’s mom is also worried that the couple is not working right now.

Syngin Colchester and Tania Maduro have passed the honeymoon stage and are facing real life problems after starting a life together. Now they have a place of their own. But since Tania is out of work, Syngin has to make ends meet, which puts a strain on their relationship.

Meanwhile, back in South Africa, Syngin’s brother is sick. So, he decides to take a trip home and Tania joins him, albeit reluctantly. Among Syngin and Tania’s marital problems, he also thought about not returning to the United States if things were to stay that way. 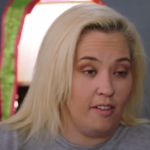