90 Day Fiance’s Paola and Russ Are ‘Stronger Together’

90 Day Fiance’s Paola Mayfield and Russ Mayfield have been a big hit with fans since they appeared in the first season of the original series.

Since then, they’ve gone through a series of ups and downs, although they’ve come out the better for it. That’s what Paola’s new Instagram photo shows, which shows that they’re ‘stronger’ together.

90 Day Fiance’s Paola and Russ Are ‘Stronger Together’

The post shows the two in embrace, with the redhead simply posting how strong their relationship is. Russ Mayfield echoed the sentiment, commenting on the post a few minutes later with the same message. Fans of course loved the sentiment, with most commenting their support for the pair. Even 90 Day Fiance’s David and Annie offered words of support – or in this case emojis – for the couple. Longtime fans of the franchise also commented on how the couple is their favorite couple on the show.

90 Day Fiance’s Paola Mayfield and Russ Mayfield have been together for a while. They met when Russ was working as an oil engineer in Columbia, where Paola Mayfield was living at the time. While there, he went to a party and met his future wife. They instantly hit it off and eventually moved to Russ Mayfield’s home state of Oklahoma.

They married in 2013 and welcomed their son Axel in 2019, eventually moving to Miami, Florida. They recently made headlines when Paola Mayfield shared a photo of herself and the couple’s son on Instagram. Many followers thought the baby boy was adorable, with quite a few noting how he looks just like his dad. 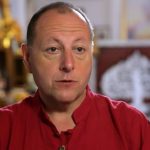 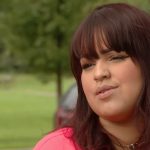