Duane “Dog the Bounty Hunter” Chapman lost his wife Beth Chapman in June 2019 after a grueling battle against cancer. Recently there have been rumors about a new lady in Dog’s life. While the star hasn’t confirmed any new romances yet, his daughter is convinced that his rumored new girlfriend is a bit more haunting than she would like.

In a Twitter tirade, Lyssa Chapman revealed that her father’s alleged girlfriend first dated her brother. “If someone who met your family by dating your brother tried to date your father after your stepmother died, what would you do?” She asked her followers in a tweet. “If you went to your mother’s closet and saw her move all her clothes and replace them with her own, what would you do? #ItsNot whenOrWhyItsWho.”

Lyssa continued her tweet storm and reacted to fans claiming she shouldn’t interfere with her father’s love life.

“My father is a GROWN ASS MAN. His money. His dynasty,” she wrote. “But you can guarantee that my name won’t go down in history as a person who supports it.” Although Dog did not respond to the allegations, he did post a photo on his Instagram with the woman in question, who is apparently his and his late wife’s assistant, Moon Angell. “Thank you, MOON!!!” He wrote next to a picture of the two smiling merrily.

Dog has been very open about his mourning process with his deceased wife and in October last year went to social media to celebrate what would have been her 52nd birthday. “It’s 5:32 in Hawaii, this is the time she would wake up to climb Mount Koko Head,” he wrote. “Only today she walked the stairs to heaven. We all love you, Beth. I’ll see you on the other side. 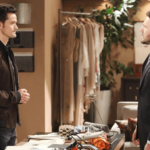 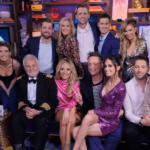