Sister Wives star Kody Brown needs a “Tell-All” after the accusations that flew from mouth to mouth during the show continue online today. While he claims he needs to take the “temperature” of his relationship with one of his wives, fans want to take his temperature too. Perhaps fans will try to look for a fever after what they saw coming out of this man’s mouth in season 14.

Is Kody Going Off Script Or Is It Real Anger?

For this season of Sister Wives, they have written scenes exaggerated for the drama or this polygamist wedding is severely damaged. If they weren’t scripted, it looks like Kody Brown’s anger got the better of him.

So if he ever needed a “Tell-All” segment, it’s now. He’s in desperate need of damage control, and a Tell-All could help. But so far, it doesn’t look like it’s on the schedule.

Since Kody Brown and Janelle Brown both deny any script from the Sister Wives scenes, it looks like Kody Brown’s plural marriage is sick. Or maybe even damaged. But today the fans want to know if it’s irreparable. Viewers were quick to point this out in their recent comments.

Many in the audience blame Kody for the implosion of this plural marriage on the screen this season. Then, once the season was over, some fans accused the family of using a screenplay. But Kody Brown posted online how there’s no script for the Sister Wives. Although it can be a little manipulated, he added.

Some Sister Wives followers thought the manipulation came from the TLC. But since he accused Meri Brown of manipulating her during the therapy session, he most likely meant something similar.

Many online comments today suggest that TLC should delete the series. They complain that it’s become boring. Then many were outraged by the treatment Kody Brown gave his wives in some episodes. Many found Kody’s behavior disturbing especially towards his wife, Meri Brown. 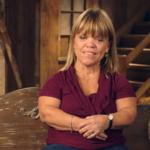