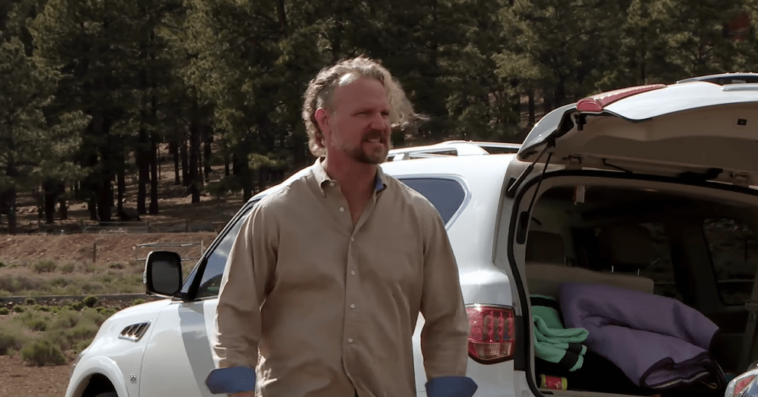 Kody Brown of TLC’s Sister Wives has always seemed to struggle with the power dynamics in his polygamist family. His four wives (Meri, Janelle, Christine and Robyn Brown) all have strong personalities, and Kody has admitted in the past that he is frustrated by his lack of leadership and authority in their dynamics.

On the Mar. 1 episode of Sister Wives, “This land is your land…or hers.” Kody’s challenges and ongoing power struggle with his first wife, Meri Brown, led to a huge family argument. During a visit to the family’s properties in Flagstaff, Coyote Pass, Kody Brown exploded after both Meri and Robyn insisted they were given the “last choice” in distributing the family’s property.

After Meri Brown left, Kody told Robyn, Janelle and Christine that he was tired of what he thought Meri’s mind games were.

“This is the game she’s playing. She’s always played it,” Kody Brown said to his wives, who became increasingly irritated. After arguing that Meri Janelle and Christine Brown have always treated badly, he declared, “She won’t be happy until she has let you all bow at her feet and waited for her to decide what she wants.

“Stop saying something like that.” Robyn Brown snarled at her husband. Janelle and Christine Brown also defended Meri and asked Kody to tone down his remarks about his first wife.

But Kody wasn’t about to retreat. “Robyn Brown, I’m just really here, and none of you are,” he exclaimed. “None of you will be honest about the way Meri Brown is.”

The ‘Sister Wives’ patriarch suggested he should have been more assertive

Robyn Brown told the producers of TLC that the dynamics of the Browns had become a complex tug of war. “When you decide to live plural marriage, there is this unspoken agreement that tends to happen,” she said, explaining that the goal must always be for every woman to be treated equally.

“And if you have a good man, he’ll want the same thing,” concluded the Sister Wives star, which seems to imply that Kody Brown didn’t always treat his wives equally.

Meanwhile, Kody Brown believed the problem was that he had lost control and authority in the family. He implied that Meri Brown wouldn’t be happy, no matter what he did, so he wished he had taken on more of a leadership role and simply instructed his family on what to do in some circumstances.

“I’m just sick and tired of this constant game of trying to make people happy who won’t be made happy,” Kody Brown said. “And maybe that’s the problem. Maybe the problem is, I’ve never said, “This is what you get and that’s it. Suck it up, buttercup.”