Sister Wives: Robyn Brown And Meri Brown Joke About ‘burning’ Their Marriage Certificates To Kody Together

The Brown family has been through a lot in the decade since they first appeared on TLC’s Sister Wives.

First, Kody Brown added a fourth wife, Robyn Brown, to the mix. Her sisters-Meri, Janelle and Christine Brown welcomed her with open arms (for the most part), but it was still a huge adjustment for the big family.

Kody and Robyn have had two biological children since she joined the family, giving the Brown family a total of 23 children (including five adults and 18 children). Several of the adult children went to university and are married. Meanwhile, the Browns have endured two massive relocations – first from Lehi, Utah, to Las Vegas, and then from Las Vegas to Flagstaff, Arizona.

In addition, Kody Brown and his first wife, Meri, were legally divorced in 2014, allowing Kody to adopt Robyn’s three children from her previous marriage. Although the Browns do not recognize the legal marriage as valid, the change was still painful for Meri.

In a TLC sneak peek of the upcoming March 29 episode of Sister Wives, “The Heat Is On,” Meri and Robyn talk frankly about their feelings when it comes to the shift in their marital status and the family’s relationship dynamics.

Sister Wives: Robyn Brown And Meri Brown Joke About ‘burning’ Their Marriage Certificates To Kody Together

In the TLC preview for the upcoming Sister Wives episode, Meri pulls out her marriage certificate and calls on Robyn to watch it.

“Should I keep it?” She laughs at Robyn Brown as she packs up Meri’s things for yet another move. “Aww, let it burn,” Robyn jokes. “I burn mine, you burn yours… We burn them with our bras, how about that?”

To Sister Wives producers Meri explains that – although the legal marriage is not recognized by the fundamentalist Mormon sect of the Browns, the Apostolic United Brethren (AUB) – the marriage certificate still means something to her. “It is valid in my heart. That’s why I keep it,” she says with tears in her eyes.

As the preview continues, Kody’s first wife reflects on her decision to legally divorce her husband. “About four years ago I legally divorced Kody so that Robyn could legally marry him so that we could adopt Dayton, Aurora and Breanna,” explains Meri, who looks heartbroken but resigned herself to the situation.

Robyn also looks tormented because she shares her own feelings about being legally married to Kody, while Meri, Janelle and Christine only have spiritual (non-statutory) marriages with him.

“In a plural family, only one legal marriage is allowed, because that’s what the state allows,” Robyn regrets. “At this time, in this world, multiple marriages are not legal. And so there’s only one of us who can have a legal marriage.”

The Sister Wives star shows that she wishes she (and all her sisters) didn’t have to be legally married to Kody at all. “I feel like they’re destructive when it comes to a multiple family,” she says. 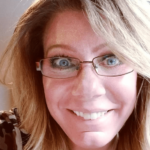