Kody Brown has to juggle the four houses of his wives. Sister Wives star does his best to give all his wives the same attention. But fans of the show share a different opinion. They think Kody Brown may not give the same importance to all his wives. He has a pattern of naming his favorite among the four. And even though Meri and Robyn Brown enjoyed being his favorites, now Christine Brown’s star shines.

Christine Brown has become quite fizzy and chirpy lately. We can find her way to flirt and be free on social media while she keeps her fans updated on her life. Some fans believe that the reality star is gurgling with happiness after buying a property in Flagstaff, right after landing in the city. Others think he could be a success for getting that extra attention from Kody when he’s not on good terms with at least two of his wives.

Christine Brown is particularly happy on social media these days, flaunting her love story. While the other sister wives don’t post many photos on social networks, Christine does, giving a positive atmosphere. Wives are suggested to keep their interactions on social media to a minimum, which Christine clearly does not follow.

In the last two weeks, Christine Brown has posted some “sexy” dresses for her date with Kody Brown. During a LulaRoe Livestream, she talked about some clothes that could be worn from morning till late at night.

Our world is crazy right now! This year has been SO HARD so far! From fires to looting to killing to shaming. It seems like being “perfectly imperfect” fits for all of us though. No matter how we stand politically or socially. I wish this was a world where we could all have honor and trust and hey, a lot more love would be awesome too! #becauseoflularoe #lularoeretailer #lovinlife #perfectlyimperfect

Recently, Christine Brown has been in the spotlight for her seemingly crude post on social media. She posted a happy photo wearing a t-shirt that said “perfectly imperfect” and added hashtags #becauseoflularoe #lularoeretailer. This has attracted beating and heavy criticism from followers of the family. Fans slammed her so hard that she disabled comments on her post. However, she did another post apologizing for her misbehavior. This time she chose not to use hashtag! Good for her. 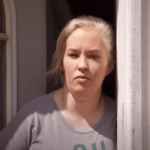 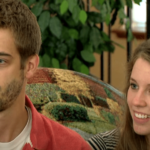