90 Day Fiancé fans have very mixed feelings towards Big Ed. Some fans loved him right away because of his personality, and they still love him today. Meanwhile, others have experienced a souring of their feelings towards him as he spent more time with Rose. They began to feel as if Big Ed might have ridiculous standards and expectations for Rose, and not know how to deal with culture shock or real poverty. Now, after a preview of Big Ed’s reaction to Rose’s family home, many fans are not too impressed with the star of 90 Day Fiancé.

While Ed and Rose spent their first days in Manila, that’s not where Rose really lives. Rose lives further away, in a poorer region of the Philippines, and Ed will finally visit her 90-day boyfriend’s house.

However, Big Ed may not be prepared for the level of poverty he is about to see. Given his recent needs toward Rose, it is not surprising that Ed has reacted seriously to his life situation.

Ed will also meet Rose’s family. His sister asked Ed for money. Big Ed explained, “It’s embarrassing to meet Rose’s sister, Maria, because we have this secret. She asked me for money and she asked me not to tell Rose. I still don’t know if Rose is involved or not.”

Maria showed Ed the family home, which is in the back of a small shop run by the family. The house is open to the outside, with no windows, which upsets Ed. Ed expresses concern about bats and insects, and Rose simply laughs.

Ed explained: “Upstairs it’s all open, and they don’t have a front door, it’s just a kind of tent of CD paper covers. It’s all concrete with hanging sheets, covering, I guess, to make it more welcoming. I expected it to be pretty bad, but this is really bad.”

Big Ed ended up on the negative side of many fans after a recent episode of 90 Day Fiancé. After a disastrous day at the market that left Ed sweaty and disheveled, as well as frustrated with Rose for reaching his wallet, Big Ed made a big gaffe.

In a move that upset Rose, Ed asked her to get tested for venereal diseases while deciding he didn’t want it himself. Rose was understandably upset, as Ed had insisted on her all day long, asking her about her past and her knowledge of social media.

Big Ed later tried to make it up to Rose by giving her a superficial foot massage. Big Ed asked Rose what the word tagalog for kiss was, and then used it to ask Rose for a kiss. Rose didn’t seem thrilled, and it was an embarrassing moment, to say the least.

Later, Ed told Rose that he expected her to shave her legs. Lying in bed, Big Ed turned to Rose and said, “Um, don’t be angry with me, but um, I noticed that your legs were a bit like mine, they were hairy. Would you shave your legs?” He nodded to her while he was asking the question. Rose seemed irritated and surprised by Ed’s request – another one in a litany of moments not painting Big Ed in a positive light. 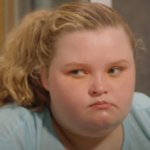 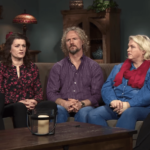