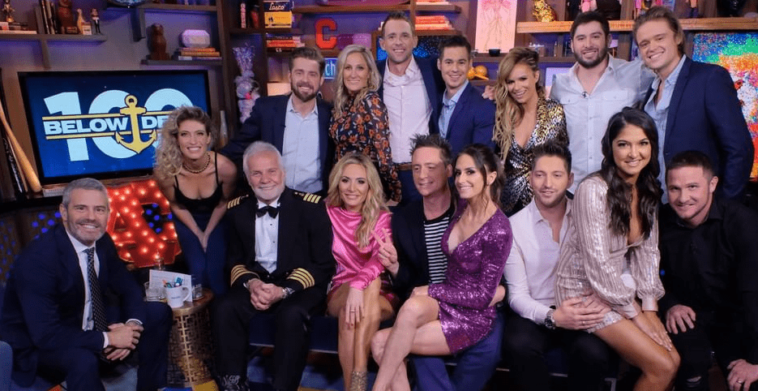 'Below Deck': His food (or attitude) cost the crew

Below Deck charter guest Justine Vastano reported that the reason the crew didn’t get a better tip was because chef Kevin Dobson served “dinner food” during the charter.

Vastano and Dobson collided during the charter when she tried to give him advice about the food. Vastano is a private chef in Charleson, South Carolina. But, after she saw Dobson missing the mark, she visited him in the kitchen to introduce him to his dishes. After she left, Dobson seemed furious and wiped out any suggestions or advice she offered.

But when the guests later found out that Dobson was providing the kind of ride they expected, Vastano returned to the kitchen to praise him and apologize. But he was still angry. He avoided any eye contact with her and told stew Courtney Skippon to leave the garnish on Vastano’s dish.

His food (or attitude) cost the crew

Despite the food snafus and a guest sitting on the couch for a few nights, the Charleston crew still left a healthy tip of $17,700 ($1,600 per crew member). But Vastano says the tip could have been better, but Dobson blew it. “So yes… great professionalism,” said Vastano in her Instagram story. “I thought when I came into the kitchen I was going to talk to a professional. Not some high school girl.”

“Everyone on the boat didn’t call his food cracker ball soup matzo ball soup,” she continued. “because it tasted like salts thrown into soup. Worst pizza they’d ever tasted. Don’t know why we’re eating on this luxury vacation we all paid the same amount for and we all expected a similar experience.”

“But uh… yeah… good work Kevin,” she says by sticking her thumb up the camera. “When taking thousands of everyone’s tip, because we really wanted to leave more. But we couldn’t. Because of you.”

She also shades his comments about her background

Dobson referred to Vastano as an “Instagram Chef” and rolled his eyes over her qualifications. When she saw him call her an Instagram chef, she said, “Let’s go.” One, I don’t take pictures of all my food because I’m working and serving my food at the right temperature.”

“Two, I told Kevin’s face that my work isn’t nearly as demanding as his. I’m a private chef, I didn’t choose to work on a charter to please people 24/7. Three, I went to the French Culinary Institute.”

She adds, “Four. What separates a chef from a chef is their attitude, their hygiene and their overall professionalism. I went into the kitchen to say, “Hey listen, sorry if I made you uncomfortable last night. You did well last night and I knew you could step it up. And he chose not to look me in the eye, say “F**k her” and tell Courtney not to garnish my food like everyone else is garnished.” Vastano also shared the clip of Dobson learning she was a private chef at the preferred magazine meeting. She’s a private chef,” he asks in the episode annoyed. “Well, whatever.” Vastano added that Dobson had it in for her even before the charter began.