Here’s Why James Corden Is Producing ‘The Kardashians’ Today

James Corden is, without a doubt, one of the most talked about late night hosts these days. In recent months, he’s found himself the subject of much controversy, from calls to keep Corden off Wicked to that one time he angered so many BTS fans. In a way, it’s almost like James Corden’s life is made for reality TV. To be clear, though, this host/actor has no plans to direct one yet.

Instead, James is producing one, and it’s none other than The Kardashians on Hulu. Of course, the host has known Kim Kardashian and the rest of her family for a long time. They’ve been on her show over the years, after all. However, it wasn’t just their existing relationship that ultimately got Corden the job.

Here’s Why James Corden Is Producing ‘The Kardashians’ Today

Some might say it started with a pair of Gucci pajamas. After all, James sent one to mom Kris Jenner after she agreed to meet with the late-night host on Zoom for a pitch. At the time, Corden learned that Jenner was meeting with various production companies for their reality show 2.0 and he just wanted a moment of her time.

In fact, Winston was so convinced they weren’t going to get the project that he went to Cabo. At that point, Corden and Winston earned a much-needed break. Their Fullwell 73 had been busy with the Grammys and the Friends reunion, and they’ve been going strong ever since. And so, Winston was determined to take some time off with his wife.

But then life had other plans for Winston even when he was already in Cabo. It turns out Jenner and his family were quite impressed with Fulwell 73. And so, Corden called early to tell Winston they had gotten the job.

Winston also believes it was their work on Friends: The Reunion that won over the most famous reality family. “We knew they would bring an elevated production level to the new series, both with their storytelling and visually,” Kardashian also remarked. “We’ve had an incredible working relationship so far, and we’re excited to continue this new journey together.” 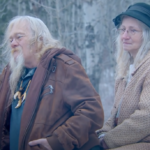 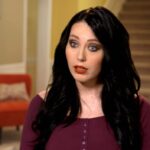