Kourtney Kardashian and Scott Disick are known for their tumultuous relationship. The couple, who share three children, are currently divorced.

Despite the fact that the couple have new love interests, they have found a way to make co-parenting work for their family. Kardashian and Disick were once one of the most talked about celebrity couples in the world.

For the past ten years, they have seduced fans with their drama-filled antics. It all started in 2006 on a beach in Mexico.

Over the years, Kardashian and Disick have experienced an on-again-off-again relationship. After two years of dating, the couple decided to take a break when Kardashian suspected Disick of cheating on her.

They met again in August 2009 to announce that Kardashian was pregnant. Their first son, Mason Disick, was born on December 14, 2009.

The following year, Kardashian revealed that Disick had developed a drinking problem. She documented all the sordid details about her popular reality show Kourtney and Khloe Take Miami.

Despite their many persistent problems, the couple gave birth to their daughter Penelope in July 2012.

Disick struggled with parenthood, and his problems with alcohol persisted. According to E! News, Disick went to a rehab clinic in 2014 for “alcohol and drug-related problems. This became new material for Kardashian’s show Kourtney & Khloe Take The Hamptons.

In December 2014, the couple welcomed their third child, son Reign.

Seven months later, in June 2015, Kardashian and Disick decided to stop it, this time for good.

How did Kourtney Kardashian and Scott Disick meet?

In 2005 Kardashian briefly dated Joe Francis, the maker of Girls Gone Wild. In 2006 she attended a party at his house in Mexico. Disick was a guest at that party with a mutual friend of Francis.

The couple was introduced and struck immediately. They immediately shared the chemistry and according to Francis they forged their relationship in his master bedroom. The couple became inseparable.

In 2007, their love affair became an important part of the storyline of the new television series: Keeping Up With The Kardashians.

Now that their rollercoaster relationship is over, the couple spend most of their time with their three children.Kardashian and Disick recently spent some time together on a family vacation to Bali. They met a spiritual healer who, according to Kardashian, said that they are real soul mates, and that they were together in a previous life.

Kardashian told her sisters in a recent episode of Keeping Up With the Kardashians that she and Disick will always be an important part of each other’s lives.

Kardashian claims that she will not get back together with Disick because of the children. They have created a positive co-parenting situation, and both will remain active in their children’s lives.

In a Q&A for her new company Poosh, Kardashian stated that she is not going to let her children miss, just because she and Disick couldn’t figure out how to be a couple.

Kourtney Kardashian and Scott Disick have moved on

Disick is currently in a relationship with Lionel Richie’s youngest daughter, Sofia Richie.

Kardashian’s Momager, Kris Jenner, is worried about her daughter’s future with Disick. In a recent episode of Keeping Up With the Kardashians, she expressed her worries about Kardashian wanting to be with Disick again and eventually get hurt again.

Kardashian herself doesn’t seem to have a serious relationship, but is connected to Younes Bendjima. The couple is briefly dated in 2017, but broke up due to infidelity.

Fans speculate that the two might get back together after the Algerian model appeared on Kardashian’s Instagram photos. 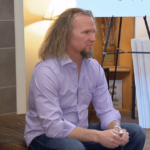