OutDaughtered celebs Adam and his spouse Danielle are taking a little social break from Texas this week. In a few days, the TLC reality TV stars will celebrate 14 years as husband and wife. The couple have certainly set the bar high with regard to their relationship goals. Although they are the proud parents of nine-year-old Blayke Busby and five-year-old Ava, Olivia, Riley, Parker and Hazel Busby, they appreciate the time they can spend alone as a couple.

Fortunately, the OutDaughtered couple have many extended family members nearby to help them with their six lovely daughters. This allows them to have a regular appointment in the evenings and make special getaways like the one they are doing now.

OutDaughtered’s parents have already been to the resort they are visiting a few times. Adams says it’s a great time to travel, because the resort they are in is full of staff. He announces that the hotel is keeping the guest capacity at 30% for added security. It must be nice to have so much attention from the staff. Since they have already been here, logic says they are probably in Cancun, even though they love Hawaii.

However, they have been to Hawaii and should be quarantined 14 days before they are allowed to hit the sun and sand. The couple are closed-lipped for now on publishing their exact destination on social media.

14 years ago today I married 👩‍❤️‍💋‍👨 this guy 👆🏻(a puka shell wearing / highlighted hair man)! Our life together has been one extraordinary one and I am so blessed to call you mine. One thing is for certain, you clearly love to dip me every time we are at a beach 🤣🥰 and surprisingly it still surprises me(swipe to see) 💕LOVE YOU BUZZ @adambuzz 💕 #happyanniversary #14years #itsabuzzworld #outdaughtered

The OutDaughtered personalities met in 2003 while working at a Target in Lake Charles, Louisana. Adam Busby was shy, so it took him months to gather the courage to even talk to Danielle. Soon the two started taking lunch breaks together. Then Adam finally asked Danielle Busby out on an official date. But Adam Busby cancelled at the last minute. He had a case of cold feet. Yet Danielle forgave him and the two planned a second “first” date. The rest is as good as history.

OutDaughtered’s Adam Busby and his now-wife Danielle Busby were engaged on Christmas Eve 2005. Then they married a quick seven months later in a small intimate ceremony in their hometown of Lake Charles. Five years later, in 2009, they welcomed their first daughter Blayke. In 2015, the family expanded with the arrival of the first all-female quintuplet in America. Now the Busbys celebrate a strong 14-year association blessed with six great daughters. 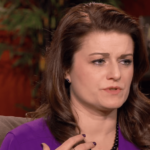