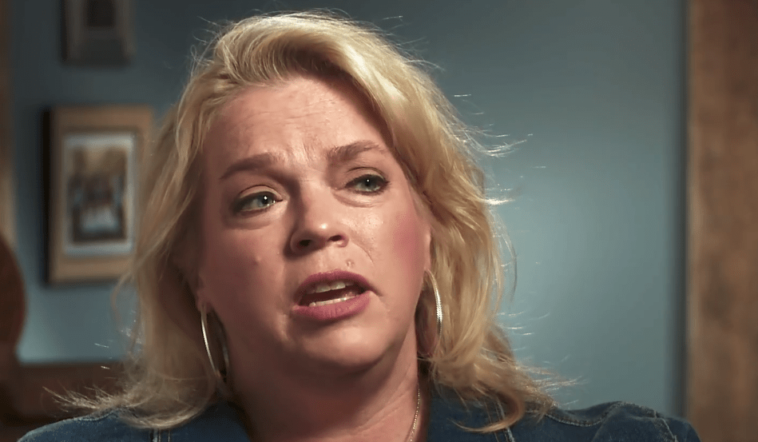 Sister Wives star Janelle Brown is considered the voice of reason with the fans. So when she applauds Christine Brown again, the audience listens. Or they will be in the new episode on Sunday night, when Janelle Brown tells Sister Wives’ viewers.

It seems that Janelle Brown loves the true polygamic lifestyle of everyone’s family together under one roof. But this Sister Wives multimarriage has moved away from what they once had. So, Janelle’s worried. This big house that Kody Brown wants is for the kids and the family.

Still, Christine and Robyn Brown seem to make it a jealousy issue around their common husband.

When the new episode comes out on Sunday night, viewers will hear Janelle’s revelation about the family. The Sister Wives don’t see much of each other. So, she thinks the family structure is hurt. Janelle Brown fears that their family culture is falling apart as they move further and further away.

So, Janelle Brown believes that one big house is a step in the right direction. She takes her husband’s side because this is a way to get back to the life they once loved. And Kody feels that Christine Brown is killing something special when she knocked down her idea. Robyn Brown seems to be affecting Christine’s path, too.

Because they seem more concerned about Kody’s time with his other sister wives. Kody Brown said they decided to become a family. So he wonders why one of his wives would want to live separately. Yet Christine Brown doesn’t even consider Kody’s plan. She’s adamant that she wants a home of her own.

Meri Brown takes it personally. But, he admits that his co-wife might not want to take this personally for any of the wives. However, Christine Brown seems to reject the other wives. Even Christine said it probably looks that way to her sister wives.

Kody Brown might have some selfish reason for his big house. First, he’s tired of packing to move from house to house. But the main premise of his need to put the tribe under one roof is to create a close family unit once again.

Sister Wives: Janelle Brown Tells It Like She Sees It

Now, with Kody Brown trying to put the family back in one place, Christine Brown is a big obstacle. Looks like Robyn can join Christine in her campaign against this big house. On the next episode of Sister Wives, Janelle doesn’t do things with sugar. She puts it on the line for Christine Brown or the other wives. Robyn Brown starts a spiel on what could happen in this hypothetical Sister Wives’ shared home.

She paints a picture of Kody and Christine Brown going out on a date with the other wives looking at them. Christine says she wants some privacy when she goes out with her husband. Robyn said she doesn’t want to come home after a date and meet another wife. If this was a cartoon, Janelle Brown might have smoke coming out of her years.

All four sister wives signed up for this plural marriage. It’s not a new concept for Christine Brown. After all, she was Kody’s wife for almost 25 years and grew up in a plural house. It’s not new for Robyn either. Because she shared Kody for almost a decade with his three original wives. Then, Janelle Brown describes how she could see all the houses when the Sister Wives lived in Las Vegas.

But, Janelle Brown said she never spied on Kody. Plus, in a house as big as the one Kody planned, each of them were in their own area. Unfortunately, zoning doesn’t allow four separate entrances. So a shared front door is inevitable. But, Robyn and Christine Brown make a big deal out of it. But, Janelle Brown applauds that again. 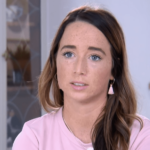