Kody Brown of TLC’s Sister Wives and his first wife Meri Brown have spent years of tension in their marriage.

From Meri Brown’s 2015 catfishing scandal to the couple’s legal divorce, so Kody could take fourth wife Robyn Brown’s three children from a previous marriage, Kody and Meri seem to have essentially divorced while still in the same family. The polygamist father of 18 even said that he and his first wife no longer have a physical or romantic relationship.

Meri Brown also seems to be struggling with feelings of alienation within the entire Brown family, especially since her only child, Mariah Brown, moved to college a few years ago. It’s no secret that Meri doesn’t always get along with Kody’s second wife, Janelle Brown, and third wife, Christine Brown.

But in Us Weekly’s exclusive sneak peek of the upcoming Mar. 1 episode of Sister Wives, “This Land Is Your Land…or Hers,” boils over the tension between Meri and the rest of the Browns. In the clip, Kody Brown fights explosively with Robyn specifically about her defense of Meri Brown during a big family feud.

After the Browns moved to Flagstaff, Arizona, from Las Vegas, Nevada, they bought a piece of land called Coyote Pass.

Kody Brown wanted to build one house for all four of his wives, but the family eventually decided to build four separate houses on the land. And while Meri Brown initially said she wanted to live back in the trees, the sneak peek for the upcoming episode suggests she’s changing her mind about what part of the property she wants for herself, which means the plans will have to shift among all the adults.

Then all hell breaks loose between Kody Brown and his other three wives.

“Look, I’m not going to sit here and fight her,” says Robyn to an agitated Kody while Janelle and Christine clumsily watch. “I’ll take whatever’s there,” she goes on, insisting that every part of the property is good for her.

When she looks frustrated, Robyn tells Sister Wives‘ producers she’s tired of arguing and doesn’t want to draw all the attention to her. “I think it’s so stupid that we’re fighting about this,” she regrets. “I can’t sit here and complain and act like a big fat baby about this. I’m not a victim here. 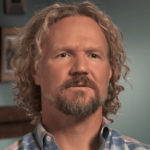 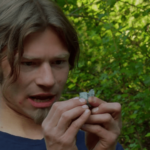