Sister Wives: Kody Brown’s wives have an unspoken rule of not showing affection

Kody Brown’s second wife, Janelle, explained that the Brown family didn’t always know what to do on Valentine’s Day.

They usually celebrated it “all together,” the Sister Wives star’ revealed, “because Valentine’s Day is a very uncomfortable holiday for a multiple family. So what’s Kody supposed to do? Who’s he dating?

When Kody’s fourth and youngest wife, Robyn Brown, joined the family, she said she insisted they all celebrate the holiday. But before that, Janelle explained, they “kind of ignored it.”

Why did they ignore it? Because, like Kody said, “It’s kind of a monogamous day.”

But Robyn Brown disagreed, arguing that the Browns could enjoy Valentine’s Day as long as they all decided to accept that it would be a little strange at first. “That’s horsecrap, sorry,” she said to Kody Brown. “We just have to enjoy it.”

That’s why Kody Brown now brings gift bags for all his children and flowers for each of his wives to honor every February 14th.

Sister Wives: Kody Brown’s wives have an unspoken rule of not showing affection

The Browns’ discomfort on romantic occasions like Valentine’s Day probably stems in part from their tacit rule of not showing the PDA in front of other wives.

That’s why, when Kody Brown brought Christine her flowers, the couple did not share any affection. “She gave me my bouquet at arm’s length and we didn’t even touch,” the star Sisters Wives joked.

Love will save the day. #Godisgood #loveoneanother

According to Kody, this was par for the course in plural marriage. “I think polygamy kills romance. I’ll be honest with you,” he admitted.

“You can if you don’t,” Robyn Brown shot back. Christine, meanwhile, took a stab at Kody’s one-home idea for the family, which she thinks will kill the affection between husbands. “It’s possible if you’re all in one house,” she said sarcastically.

Robyn Brown explained that when she came into the family many years after the other women had established their “family culture,” there was already an understanding that “there would be no affection” between Kody and his wives in the presence of the others.

And Kody’s youngest wife was never a fan personally. “I think it’s changed,” she said, adding, “I know Kody wants more affection, but it feels like he can’t.”

When Kody Brown gave Robyn her flowers, she “broke” the unspoken rule by giving him a hug and a kiss. “My husband gave me flowers,” she explained her reasoning. “I’d like to give him a hug and a little kiss, and I think everybody should.” 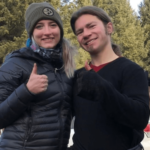 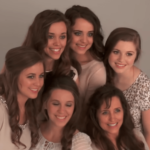