Has Tammy Slaton given fans hope of 1000-Lb. Sisters season 4 to happen? As fans know, TLC is not a network that is very forthright about the future of its shows.

Often, fans depend on following the cast to determine if they will film new seasons. Social media activity and various interviews have given fans very different feedback on the future of the show.

In various interviews and on social media, Amy Slaton Halterman has made it quite clear that she is not interested in whether the show will return for another season. The TLC personality explained that filming episodes of the show is a lot of work and she just doesn’t want to put that much time into it.

In an interview, Amy Slaton explained that she would only come back if they seriously reduced the filming requirements. Considering that Amy’s beautiful family is one of the big reasons fans watch the series, it’s hard to imagine TLC renewing the series without her. That being said, Amy Halterman didn’t hide Glenn the same way she had to hide Gabe because of the series. Fans have assumed that the series would not return because Amy has shared so much on social media.

Chris Combs has been spotted on Facebook claiming that season 4 of 1000-Lb. Sisters was on the way.. Sisters is happening. At one point he did claim that family members were still working on contracts with the network.

1000-Lb. Sisters fans are begging for season 4 updates on a fairly regular basis in Amy Halterman’s Instagram update comments. As far as fans know, Tammy Slaton has finally made enough progress to undergo weight loss surgery, and it’s something fans have been waiting for. So it would be a real disappointment if they don’t get to see it on TV. 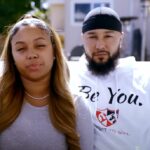